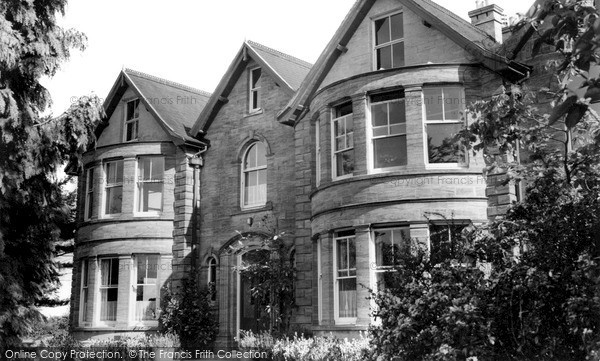 Sign in to send as a Free ePostcard.
Back to all Yeovil Photos
Back to Yeovil

My younger brother was born at Balidon House on 29th July 1960. He is the son of John William Edward Barthorpe, who served in the Royal Navy and at the time of my brother's birth was based on the Aircraft Carrier Ark Royal as a Royal Navy Artificer specialising in weapons deployment, and Pearl Margaret Joan Barthorpe nee (...Read full memory)

Happy memories of my first born in January 1952. He celebrates his 61st birthday today and this will be the first time he has seen where he was born. The weather then was very much like it is today, snowing.!! I spent two weeks here and my Doctor was Dr. Finian Stack and lived in Somerton. My husband (...Read full memory)

II was born in this gorgeous building on July 10th 1966. This is the first time I have seen a picture of it and what a grand building, so sad to see the current state of it. My dad was in the army and stationed at Bovington. We moved to Newcastle Upon Tyne when I was one year old as my dad left the forces and found a job up (...Read full memory)

I was born on 15th August 1954 at Balidon. I am sure my father told me they had a fishpond as you came into the driveway at the front of the building. When he first came to see me, he went to open the door of a car he must have borrowed, when he caught the sleeve of his jacket and the horn went off and Matron came out (...Read full memory)