My memories of Acton Bridge go back to the mid 1950s and early 1960s. The picture of boats at Acton Bridge Cruising Club takes me back to my teenage days. We had a boat called 'Scampi' which was a 32-foot ex-Norwegian lifeboat. It was our family boat.  It was kept initially on the Mersey at Wallasey Dock, then my dad decided to join the then very newly formed Acton Bridge Cruising Club. And so we moved 'Scampi' up the Weaver to Acton Bridge. The boat in the forground on the right is 'Hannah', an ex-fishing boat. 'Hannah' was eventually sabotaged by British Waterways and sunk at Level Lock. What a destructive act on a vessel with quite some history! All because the owner had not kept up the licence. Our boat was more or less moored where the camera would be to take the picture. I can remember names of club members in those days: Stan Davies, Ken Binns, Fred Warburton, Barclay Guy, Henry 'Hatch' Hatchard (my dad), Ken? Shields, Mr Brandon, Mr Sumner.  Mr Noden was living in the cottage and retired by this time I think. We used to swim in the river every weekend and sometimes in the week. I used to dive off the 'Hannah' into the river. I once swam from Saltersford Locks all the way down to Dutton Locks. There used to be a bylaw which stated 'Persons swimming in the River Weaver Navigation on a Sunday may be liable to deportation to Australia'! I must have earned at least 100 tickets at that rate. The river in those days was busy with boats carrying to and from ICI. ICI Packet Boats came in various sizes. Some were still under steam power, I think 'Decempedes' was maybe steam-powered, but by this time or certainly a little later bigger boats with Gardner 8-cylinder diesels were being used - 'Davenham' and 'James Jackson Grundy' I think were two of them. I can remember the moorings being dug out at the club and the crane being put in position and the slipway being made. Not sure exactly what year, but probably about 1957/8. I have fond memories of our time in the club well into the mid 1960s. I have often wondered what became of our boat 'Scampi' and would love to hear from anybody who knows what happened to it in the late 1960s and after. My email is  plantandmachinery@msn.com
Laurie Hatchard. Kingsley. Cheshire.

Tue May 22nd 2018, at 8:56 am
Laurie Hatchard commented:
Hello John. Many thanks for your message. Yes I would be very interested in any history of "Scampi". Perhaps you could email me at the address on the memory (plantandmachinery@msn.com) Or if not on here perhaps. Regards Laurie Hatchard

Add your comment
Report abuse
Mon May 21st 2018, at 8:10 pm
annejon66 commented:
I think I maybe be able to help in providing some further information ion on Scampi. I purchased her from Hatch and enjoyed many happy memories of her at Acton Bridgecruising club. Please let me know if you are still interested.
John Carter
Add your comment
Report abuse 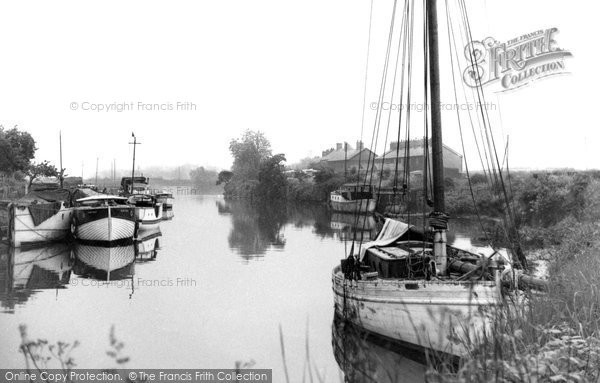