The four cottages in this photograph are of Bryn Terrace, formerly named Bryn Cottages where I lived at No 1 with my sister Beryl and our parents Ceinwen and William John Thacker. My grandparents Mary Ann and William George Davies lived next door at No 2, my grandmother's brother Evan Evans and his family at No 3, and David Morris known as 'The Powndyn' with his family at No 4. I was born in 1939 at No 2 in the parlour of my grandparents' house, but my family at that time lived at a cottage called YR ARCH which is situated behind the Farmers Arms pub close by. I have many happy and fond memories of living at The Bryn, as we called it for 25 years, with the advantage of great parents and outstandingly loving grandparents, with the added bonus of kind neighbours and loyal friends. I have been gifted with a good memory and although the war was nearly over, memories of growing all our own fresh vegetables, keeping chickens goats and pigs, and ration books are easy to recall. Times were tough for all parents living in the area still known as "the Graig", but the children were their main priority. The never ending warning of 'If you don't pay attention in school and pass your exams you will end up down the mines'.  This did spur me on, but where would this country have been without our miners, steelworkers and farm hands amongst others? Something that always stands out in my mind is the great affinity which existed between  the young and the old, and the built-in respect inbred into society at that time. Looking back it was a wonderful era in which to be growing up, and all my friends of that time I'm sure would agree. Perhaps that book which I've always fancied writing is not a lost hope after all!!
Ken Thacker

Mon Nov 11th 2019, at 2:32 pm
gnt.russell commented:
Message for Ken Thacker please. We found this unexpectedly. We are researching my family. I am Tony Russell born 1938, son of Dorothy Olwen Russell nee Evans, daughter of Annie Jane Jones and Evan Evans who lived at 3 Bryn Terrace. Dorothy Olwen was a cousin of your mother Ceinwen, so we are related. I remember you at Bryn Terrace when we visited every year. It would be lovely to hear from you, and find out more about the families.
Add your comment
Report abuse
Sat Oct 8th 2016, at 5:36 pm
Ken Thacker commented:
Hello jandihowell
I don't think the Evan Evans you mention would be my Grandmother's brother, but to try and help can you tell me which decade your referring to?.
My grandmother was from the Evans family who worked the Achddu Flour Mill up to its closure mid twenty's/early thirty's.
The Evan Evans that I refer to had nine children and the last one (my second cousin Thomas Glynne Evans) was buried last week aged 89. If you think I can be of any further assistance please stay in touch.
Kind regards
Ken Thacker
Add your comment
Report abuse
Fri Oct 7th 2016, at 3:26 pm
jandihowell commented:
Message for Ken Thacker please. I am tracing my family history and my Grandmother Hannah Davies's sister Elizabeth, was married to Stationmaster Evan Evans, Would dearly like to be in touch and learn any family details you can share. Kind regards
Add your comment
Report abuse 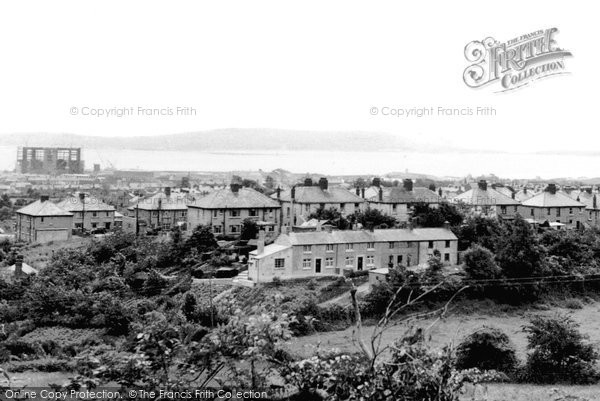