Newell''s Hardwick To Cambridge Taxi Service - a Memory of Cambridge.

The Cambridge American Cemetry was built after the second war, during this time the odor of rotting bodies being buried at Madingley,caused my father to drive his taxi (photo) on the St Neot's Road or via Madingley Village depending on the wind direction. The sweet smell of death was often present during the construction.
On another occasion my father, Ronald Newell, who owned the Hardwick Service Station on St Neots Road, rescued an American tourist who had slid off the icy St Neots Road on Christmas Eve.The American TWA executive used to send us a card every year after that, as he always thanked my father for coming out in the snow with the tow truck to pull his car out of the ditch beside the road.

Mon Nov 28th 2016, at 2:48 pm
peterhollidge commented:
bulstrode school, i went there when i was 11 and spent the next 5 years hiding behind the biggest bloke in the playground, mr dennis scared stiff of him, left when i was 15 to go and work in shipping in the west end and east end best years of my life...peter hollidge
Add your comment
Report abuse 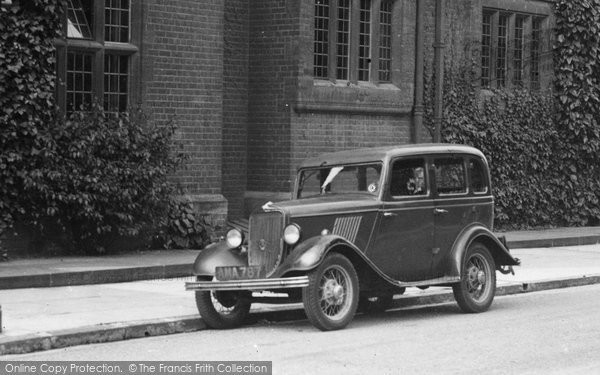