True Native Of Gerrard's Cross - a Memory of Gerrards Cross.

I was born in Gerrard's Cross in 1943, lived there until 1960, and went to the Primary School opposite the common. Many of the kids stayed there for lunch - I didn't, but when I got back I was allowed to eat the left-over custard! There was a beautiful lime tree at the edge of the playground. The school has now been replaced by another building, I don't know what it is - flats? - but according to Google Street View a small tree still stands where the lime tree used to be and I like to imagine it's an offshoot of the original. Did anyone else go to the C of E primary school, as I think it was called?
Susan Meredith

A memory shared by sumered on Mar 28th, 2016. Send sumered a message

Thu Jul 22nd 2021, at 12:18 pm
Ian Saunders commented:
I went to the C of E school from 1961 to 1967 (I lived in GX until 1980). I think it lasted another year after I left and then they knocked it down to make way for an old people's home. I have brilliant memories of being a pupil there. Headmaster was Mr Simpkin, who lived in the school house. I also remember several of the teachers, including Mrs Skull(?) who terrified the tinies in classes 5 and 6, and had a Miss Jones under her wing. Then there was Mrs Wilson, with the beard, who was very strict, but who's book readings were mesmerising. My final teacher (when I was in class 1) was Mr Childs, who was also involved with a youth club in Slough, I think. Class mates at various times included Anne Leslie, Morag Reid, Juliette Staddon, Jennifer Peacock, Susan Green, Geoff Quinton, Malcolm Hurrell, Peter Barber, Mark Williams, Richard Blundell, Stephen Quiney (who came with me to Wycombe RGS). Too many more to mention. The school dinners were cooked off the premises and arrived in big metal cylinders, and so were almost always colder than you would like. I remember Brendons (used to go in the booths to listen to singles, which cost 6/11), Woodward and Stalder, where I got my fireworks (kids could buy them then!), and Marshall's toyshop in Station Road.
Add your comment
Report abuse
Mon Nov 12th 2018, at 1:32 pm
patlatham229 commented:
I have just come across this web site today (12th November 2018) after having a nostalgic weekend after watching an old film about a coffee bar and a juke box, which started me thinking of Café Collette down Oak End Way, and Brendons record store by the Packhorse. Went to the Primary School on East Common during the 1950's, how I loved it there. Does anyone remember Marion James, I took her under my wing as she lived at Crosfield House and I felt for her not having a regular home life like I did. I lived at Chalfont St Peter. I think I remember Susan Meredith. patlatham229@aol.com
Add your comment
Report abuse 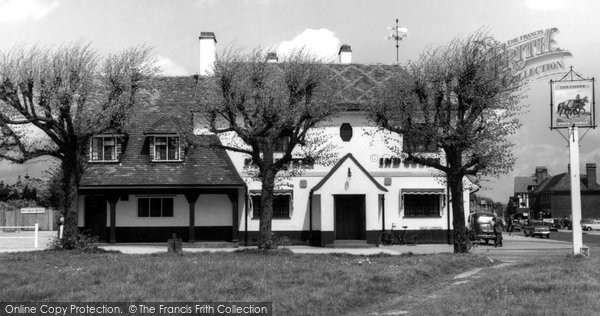