Memories Of My Home - a Memory of Harworth.

Hi.  I moved into the Gamecock in 1963 with my parents Norman and Jean Bennett and my brother Bryan, I was only two years old. My parents were landlord and land lady. Bartons grocers was next door, there was no Gamecock Field as we Know it today and no Grange View. Grange View was built about 1967 and the park was developed early 1970. The Wimpy estate as we know it was built when I was seven. I can just remember the comprehensive been built and the sports centre came a lot later. The park at the back of the pub was named after Tommy Simpson who died at the Tour de France and was born and bred in Harworth, I think.

When I started school, Mrs Swindon was my first teacher and the infamous Miss Rogers was the head!

The Gamecock at the time was well known for its club artists appearing and every night there was some sort of entertainment going off. The pub was well known for a good night out for miles around. It had an extremely busy off sales where people could buy beer to take away. There was no shops open then after five, no supermarkets, so the off licence used to be packed at night, there was a seperate lounge and tap room and concert room which had a stage and the cellar was the stores and the boiler room was down there.  Even as a young girl I was allowed to help serving, collect glasses and sometimes sat under the serving hatch so I could listen to the bands that was playing. Everyone around us could hear the bands, they was so loud.

There were lots of changes over the years at the pub and when I was sixteen the pub had a major refurbishment, the concert room became the tap room and the front of the pub was knocked into one and became the lounge as we know it today. It was always an extremely busy place up to the mid 1990s, when the pit closed, and communities started to dwindle away as we knew them.  Sadly my father passed away in 1987 but mum continued to run the pub until she retired in 1996, they had been there for 33 years.

I can remember beer being sixpence a pint and you had the choice between bitter and mild, lager came later! Cherry b's and babychams were best sellers with the ladys. I can remember decimalisation and dad giving the barmaids lessons in the new currency, the tills were manual and everyone added up in their head, there was no calculators! There was sixpences, pennies, and half pennies, and pounds were still in note form. I hope you have enjoyed this trip down memory lane, if any reader wants to ask me anything about the Gamey I
will try to help, my mum knows a lot more than me! 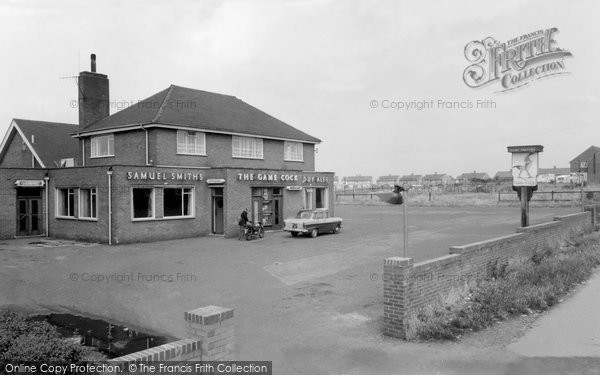