I remember this scene very well as I used to live a little way down the road to the right, on the way to Vines Cross. I lived there, in fact, until about 1967 when I went to study in London. My parents continued to live there until about 1986 when they moved first to Heathfield and then to Suffolk to be near me and my family. My parents were members of the Horeham Players for many years and used to rehearse and perform in the CYF Hall which was further down the road on the way to Vines Cross.

The shops in the picture are those of Mr Delves the grocer - on the left and Mr Setterfield on the right. The latter was a bike shop. 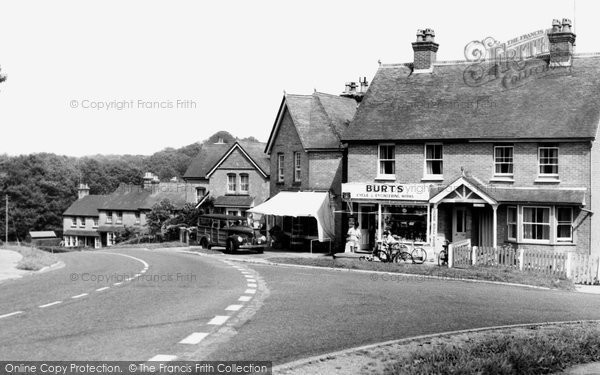