Memories Of Midwifry Training At Lennox Castle - a Memory of Kilsyth.

My mother, Doreen Hall (Nee Bilton) has related these memories to me:

I started nursing at St James’ Hospital, Leeds (Jimmy's) in 1948. I was 17 years old, the only one straight from school. I was at Jimmies for 3 years but was allowed to stay for a while as a staff nurse after I had passed my exam as my friend had to do a re-take and we wanted to go together to do midwifery in Scotland. (see more under Leeds).

Jean & I did our midwifery training at Lennox Castle Maternity Hospital, Campsie, Scotland. A year long course in two halves with an exam in the middle. I remember the practicals – we were allocated a patient & a doctor & had to do written test too. We lived in Nissan huts which were in field, on flat land, just below the castle. It was lovely countryside. The hospital was attached to a main hospital in Glasgow – wards were brick built but newly built – a T shape. When babies were born, we had to carry them outside in a basket, with two handles, to the ward they would be in. Mums & babies stayed 10 days.
Premature babies had their own ward & had to be sat up in their cots with a tube in the nose for feeding. There were no incubators in our hospital – the ‘prems’ would be dressed in hand knitted hats and coats. We never lost a ‘prem’ when I was there – I remember the consultant said it was the Campsie air.
There was also a mental hospital for men next door – they lived in Nissan huts. These men would invite the nurses to a dance! We couldn’t say no! One man would often come & play the spoons outside the door of our nissan huts.

We did two weeks training in Glasgow. There was a central place where we stayed, with a sister to organize who would answer calls. All the patients were under a midwife.
We had a car to get to the night deliveries after a certain hour (or we might have got lost!). We delivered babies in the Gorbals – all the family would sleep in one bed in one room – toilets were outside. During labour, the children would be in bed & the mother would be on an eiderdown on the floor. After we had checked the afterbirth it would be wrapped in newspaper & taken away by the husbands.

After our training we went back to Leeds & applied for jobs in the town centre – the council offices. We went to an office over Leeds market every Friday to get our wages. We were given our money in a little packet and would then head straight to the market to spend it on strawberries & ice-cream!
Jean & I lived in prefabs at 41 Cottingley Drive (all gone now). We had a gas fridge! The kitchen was tin & clanged when you shut the door. There were 2 bedrooms – but we shared one & used the other as a box room. I was midwife in Leeds for less than a year as I met my husband & married – and once married we had to leave work. There were no married nurses at Jimmy's.

I used to have a little red book with the names and weight & length of babies born in Lennox Castle. ‘My babies’ will be in their early 60’s now. 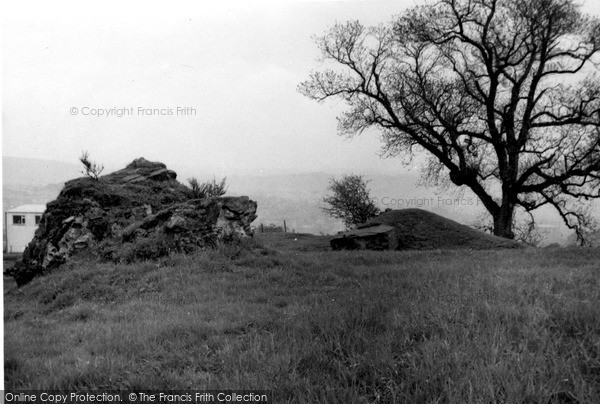