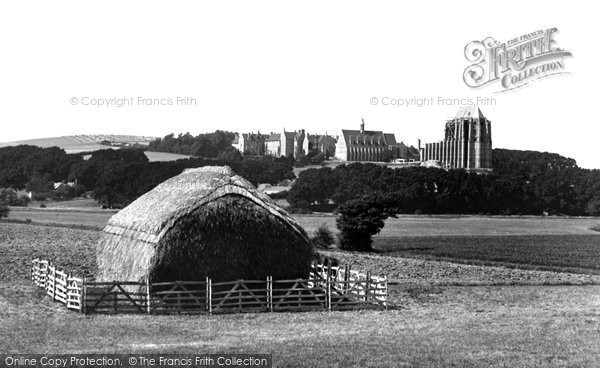 Buy "Lancing College, 1890" available as a print on its own along with framed and canvas options.

The photo 'Lancing College, 1890' appears in this book

Caption for Lancing College, 1890: Founded by Nathanial Woodard, then curate at nearby New Shoreham, Lancing was one of fifteen schools he established, including Ardingly and Hurstpierpoint in Sussex. R C Carpenter's school buildings, begun in 1854, were occupied in 1858 and added to subsequently. When his father died in 1855, R H Carpenter designed the soaring chapel, which was started in 1868 and is seen here half-finished.

An extract from Sussex Photographic Memories.