Army Training On Salisbury Plain - a Memory of Larkhill.

The military owns more than 150 square miles of Salisbury Plain and great chunks of it are closed to the public. I have seen part of this area and "enjoyed" the isolation of camping in bivouacs with my Territorial Army unit.

The organisation of the trainng area is done so as to parcel up areas and allocate them to seperate training exercises. I served for almost five years with the Royal Signals and I remember setting up our "bivvy" tents when 39th Signal regiment was allocated part of the training area in 1970. We took just two vehicles with us - a three tonner and a Land Rover. Driving these over the rough terrain meant you really got to appreciate the soft and high suspension of the vehicles. One of our drivers was Pauline Kenchat - a WRAC Private who was learning to drive. Would you believe she managed to hit the three tonner with the Land Rover! We had miles of Salisbury Plain and only two vehicles and she hit one with the other!

My other memory of that winter exercise was the adjoining area being used by the Royal Artillery. There we were trying to do clever things with our radio sets, encoding and decoding messges and all the while there were intermittent explosions from the Artillery boys practising in the very next training area!

At the end of our few days we drove our two damaged and disgustingly muddy vehicles back to London but needed to refuel (POL in Arny speak - petrol oil and lubrication). We stopped at the Duke of York barracks en route to our own HQ in north London and an immaculately turned out Guardsman on the gate looked down on us as though we were vermin! Fortunately the front seat passenger in our Land Rover was Company Sgt Major Derek Ayton who casually allowed the sneering guardsman to catch site of the warrant officers crown strapped to his wrist - you have never seen a guardsman change his attitude so quickly!

I can recommend Salisbury Plain for its isolation and wild parts although I suspect that the more interesting places are not accessible to the general public! 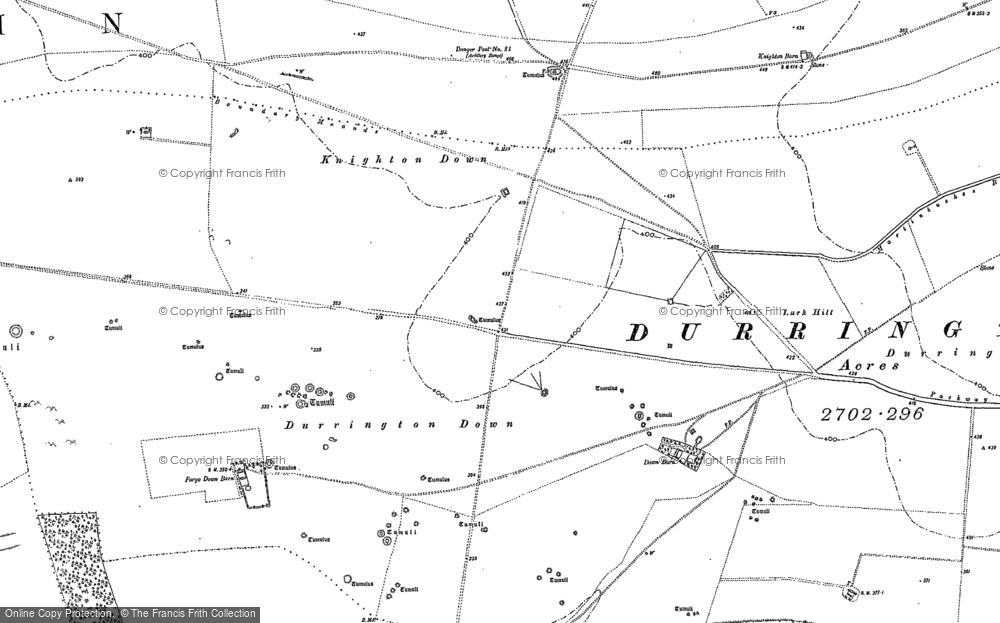