Happy Days - a Memory of Leasingthorne.

My gran came from Leasingthorne, moving to Cambridge in the late 1920s. She had a sister named Mary who lived in an end of terrace house near a corrugated tin 'social club', chickens were kept opposite. l can remember an Uncle 'Tiser'. Mary had two Yorkshire terriers, Dot and Daisy. From her yard you could see the mine where most of the men worked, l believe Sir Anthony Eden had an estate nearby.

Uncle John, his wife Margaret and daughter Jennifer(?) lived up the street a bit, l believe my gran had about five brothers, most of whom died in pit accidents. l think in the early 1960s the mine had closed and they bulldozed all the remaining houses in the street. My gran Margaret (known as Meg) followed her husband Jack/John down to Cambridge following the General Strike of 1926.

l also remember an Uncle Norman, his wife Eleanor and son Peter who lived near a railway line and had horses in a field opposite. More relations lived in Saltburn near Sunderland, l don't remember the uncle's name, his wife was Pat and I think there was a daughter. Yet more relations lived in Newton Aycliffe, l think by the name of Aspinall, l do remembr a daughter called Susan, they lived near a field that had some goats in it, one was a big billy goat that was tied up.

My gran had a son and daughter, Joe and June.

l have very happy memories of the Christmases spent in Leasingthorne during the 1950s and 960s, it would always snow at Christmas, and I and some of the other lads would use our slides to go down a big hill nearby, and I also remember running through the snow to get to the toilet across the yard (the netty, I think it was called). I also remember walking across the fields one day to see this amazing vision, it was the Penshire Monument ... what a building.

lf anybody recognises themselves in this 'memory' or knows any information about the places and people mentioned, please get in touch with me, thanks. 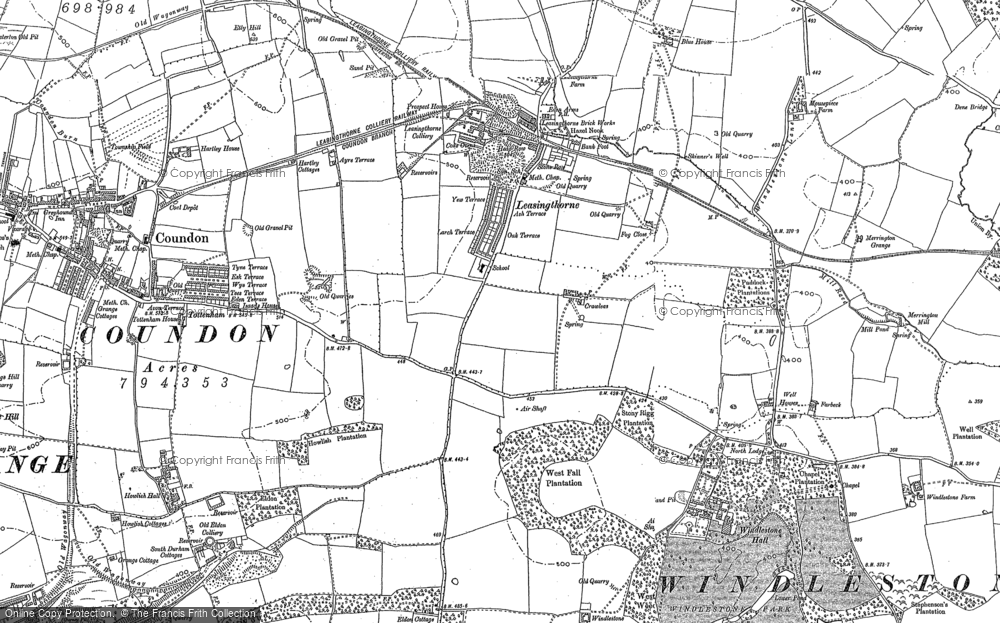