Garretts Of Leiston - a Memory of Leiston.

Aerial photo AFA77116TR: "Leiston from the Air 1959" Is a view taken looking toward the East and clearly showing the Garrett's "Bottom Works", which formed a large part of the town centre at that time. This very old facility, part of which is now preserved as a Museum, housed some of the main manufacturing facilities for the "Richard Garrett Engineering Works". Garrett's were the towns main employers and were involved in doing work for a variety of other companies. Shaping machines for Elliot's of London, Corrugated cardboard box machinery for S&S of New York, Portable Compressors for Broomwade, Radio chassis for Pye's of Cambridge, Peat bog harvesters for Bord na Mona of Ireland, were some of the many products being engineered at Leiston. As well as the works shown Garretts also had the "Top works" or "Station works", which as the name implies was located up the hill near the Station. This other works can be seen on one or more of the remaining photos in this collection. Sadly, at the time of these photos the RGEW company was nearing its demise and just a few years later the company closed and most of the buildings shown were demolished. 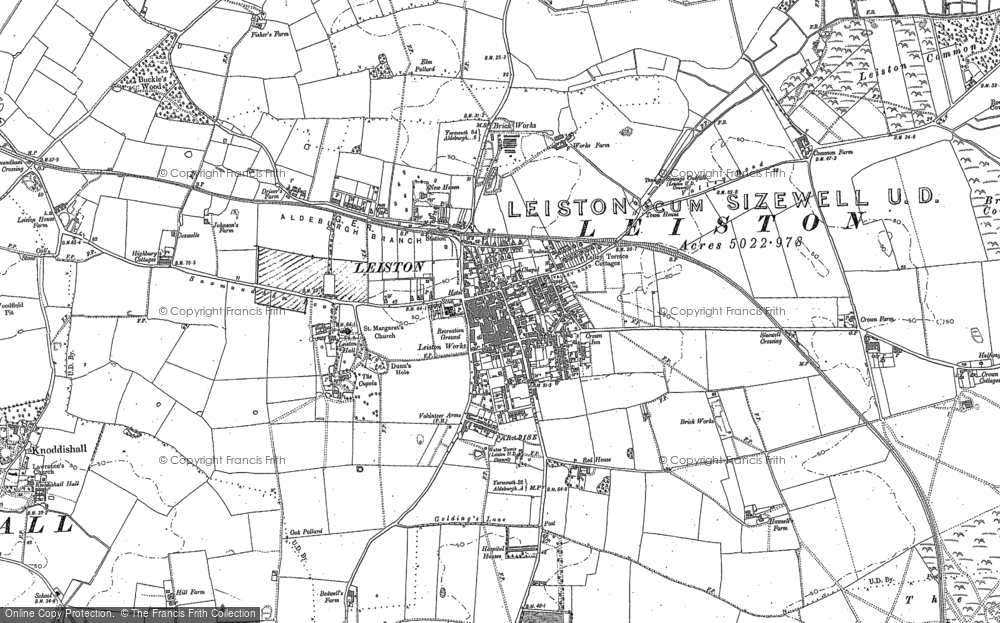