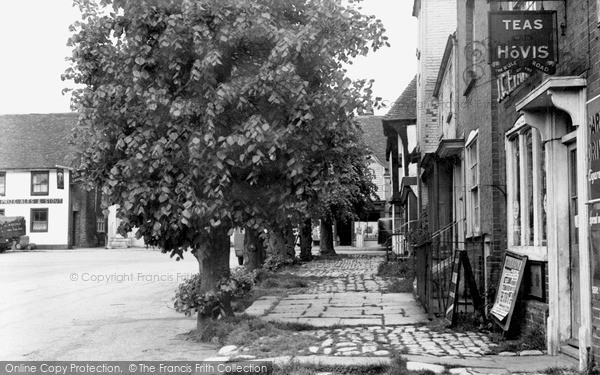 This is the 3rd of 4 Lenham photos.

Buy "Lenham, The Limes c.1960" available as a print on its own along with framed and canvas options. 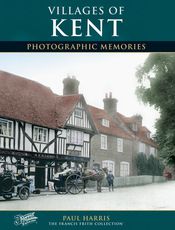 The photo 'Lenham, the Limes c1960' appears in this book

Caption for Lenham, The Limes C1960: The village stands under the downs near the source of the Len and has a broad, attractive market square fringed with lime trees, which create a shadowed path over the uneven setts and cobbles. Fortunately, as the village is bypassed, it now escapes the worst ravages of modern traffic. In the background a Masons' dray is delivering beer to The Dog and Bear, an old traditional coaching inn built in 1602. Queen Anne stayed here in 1704, and her royal coat of arms is displayed above the front door. The church is partly Early?English but mostly 14th century, with nave, aisles and two chancels.

An extract from Villages of Kent Photographic Memories.

Back to Lenham
Back to all Lenham Photos