Unchanged Lerryn - a Memory of Lerryn.

Lerryn is a place that one almost wants to keep secret so that it does not become a popular destination. It has barely changed in a hundred years.

A beautiful and unspoilt village in a steep sided valley, Lerryn lies at the tidal head of a tributary to the River Fowey.

A place to take gentle strolls through the National Trust's Ethy Wood, said to be the inspiration for Kenneth Grahame's "Tales of the Riverbank" and "Wind in the Willows". One almost expects to come across Mr Toad, Ratty and Mole lounging on the riverbank as we stop to watch a heron pick his leisurely way along the water's edge.

Returning the way we came we can cross to the village on the opposite bank, either by the narrow road bridge dating back to the sixteenth century or have fun crossing the shallow creek by way of the stepping stones. One false step and one could fall to an untimely... well, get wet and muddy up to the knees! Generations of kids have shrieked and giggled their way across these stones and often, lifelong memories are made up of such simple pleasures.

The village of Lerryn has a well-stocked Post Office and general store, and next door is the 16th century Ship Inn, an excellent place for a pint and a meal. Just across the road is a tiny bric-a-brac shop which appears to run on the honours system and having browsed and selected some strangely formed piece of ancient pottery or knick-knack one drops a few coins in the can at the door.

Lerryn is reached via typically narrow Cornish lanes with their high banked hedges and is just a couple of miles from the nearest town, Lostwithiel and is within a fifteen or so minute drive from Fowey either via Lostwithiel or more adventurously via a tiny pedestrian and car ferry which crosses from Bodinnick to Fowey.

Lerryn is well worth a half-day visit for those who want to get away from the nearby, more touristy beaches and towns, yet such attractions as the world renowned Eden Project are just a few miles distant. 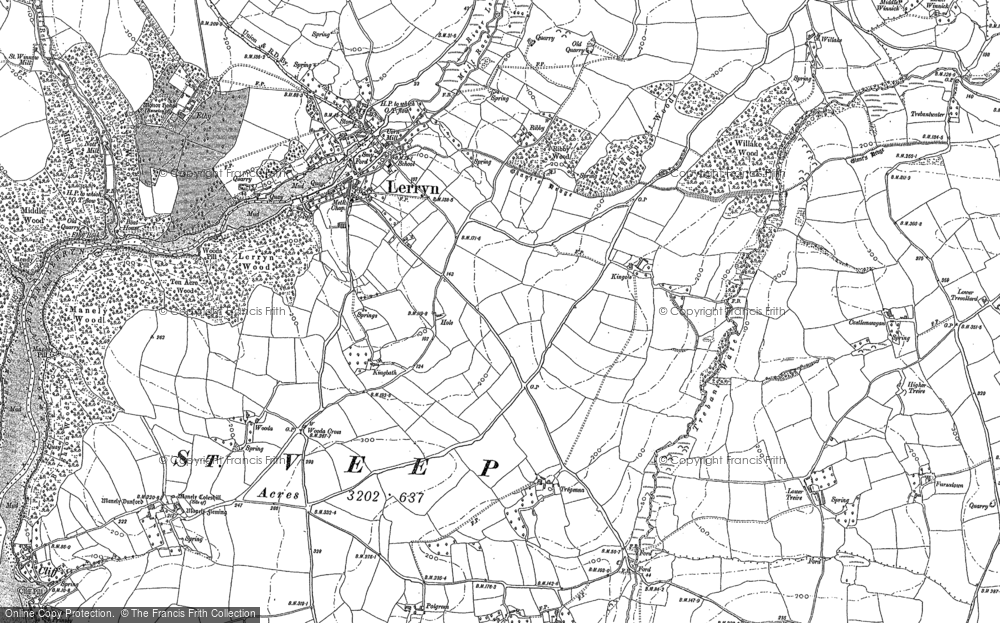