The store on the cross roads in Lindford was named Cross Road Stores. My parents bought Cross Road Stores in I think 1962-63 and ran the stores for about 4 years, the stores and the house were very old, I was about 7 or 8 years old when we moved to the stores. The house was 3 floors high, there was an extension built on the back of the house for a garage and a store room, and the garden at the rear which at that time went right up to the next house, which was owned by the milkman Mr Souter. In the rear garden there was an old green house and an apple orchard, some years later my father sold off most of the rear garden and a house was built on the ground. I have cine film my father took during our time in Lindford showing the 1963 snow and cars being pushed, and other times spent there. Happy times. 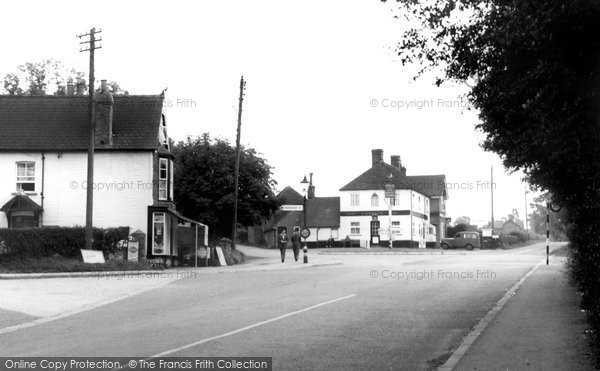