When I saw this photo of the road leading to the beach, I could literally smell the sand and the sea. I felt the excitement of a five year old, armed with bucket and spade. Further up from the beach but on the same road, there was a large white house with a long path from its gate. This was the shop, or 'cafe' as we called it. It sold toys, newspapers and books, amongst other things. I loved visiting there every morning before breakfast to get the milk. Next door to the cafe was our caravan field. It only had about 12 caravans. There were no flush toilets or baths, just a little shed at the far end of the field with Elson toilets and cold water sinks.
We used to holiday here every year. Even if it rained it was exciting, we played cards in the caravan. In the sunshine, the rock pools on the beach by the caves were filled with little crabs, fish or seaweed. Life was so simple then.
You never know, we could easily have been on the beach when this photo was taken! 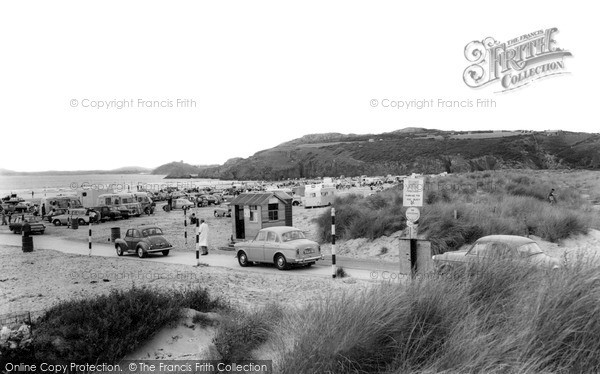