I have a host of memories of MPSP.

The earliest is from the 1950s when I used to play on the fountain -- seen in the foreground -- with my cousins (Towers) who would visit from Cleveleys.

It was also the first place where I saw a girl's breast. To the left was a 2 or 3 tiered diving board. Kids would line up behind each other on the stairs as they waited their turn. One year in the summer of 1967 (18 yrs old) I was behind one girl who decided to turn to her right adjust her bikini top. As she did, her right breast popped out in front of my very eyes! She looked rather sheepish. An unexpected pleasure to compliment my Saturday afternoon diving.

My father (Arthur Edward Duerden) was particularly proud of my acrobatics off the board, saying to friends, "That's my lad!"

Two years later (1969) I was proud to take my American girlfriend, Carol Brownscombe to MPSP and was surprised to hear her ask if we had to "pay to get out!"

The last time I visited was in the summer of 1975. I was with my ex-wife, Jacqueline Williams. It was blisteringly hot and jam-packed with sunbathers. It was so hot and crowded that we left to go to Quaker Bridge in Brierfield, a local beauty spot no longer with us because of the M65 Motorway.

We emigrated to Canada the next year so that was my/our last visit. I was shocked to find it demolished when I returned 3 years ago. Nelson, you have lost a great resource! 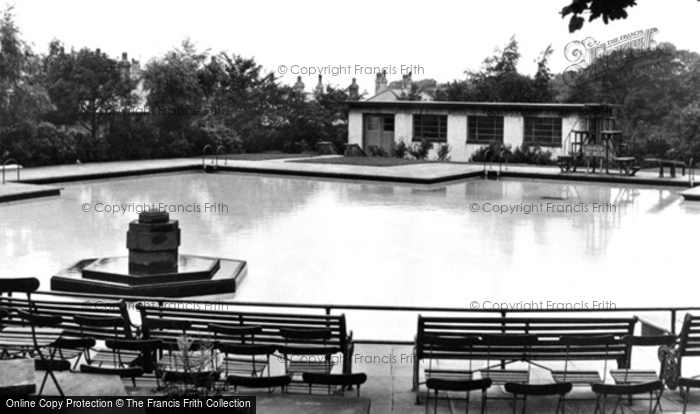