River Traffic And Ice Flows - a Memory of Selby.

As a child and adult, I remember the bridge and how long it was closed for boats coming up to the BOCM and Ranks flour mill. It had to opened in sync with the railway bridge and the trains. I remember the barges with big red sails towing more barges, and the year of a severe freeze when the river froze solid and looked like the Baltic with huge ice floes; people thought it might destroy the bridge supports. We had tugs then I think, the 'Cawood' was one going up and down to break the ice and keep the river docks open. One year we had the submarine, HMS Sturgeon, which the town raised money for during the Second World War, taking on locals for a tour, it was tied up at the jetty outside the Lord Nelson.

Tue Jan 20th 2015, at 3:24 am
Katharine Hope commented:
The river froze in the very cold winter of 1963. I have a photograph of it somewhere. I used to love walking over the bridge and looking down through the gaps in the planking to see the muddy river water swirling below. It was exciting to walk over the bridge.
Add your comment
Report abuse 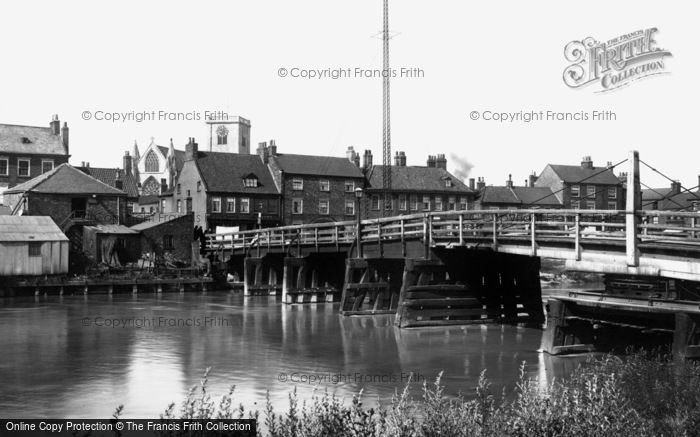