Blackpool Of The West.

A Memory of Severn Beach.

I spent some great holidays at the Severn Beach in the 1950s. We stayed in a caravan park where all the vans were made from old converted double and single decker busses as well as old railway carriages. The site and "Caravans" were immaculately maintained. For us kids it was just a short run down the field,over the bank,onto the boating lake. It was a terrific adventure to come down from Halifax,usually for the week,to stay here. I have tried to find photos of these busses and railway carriages on line,but non seem to exist,pity

This memory is written about Severn Beach, the Pergola c1955 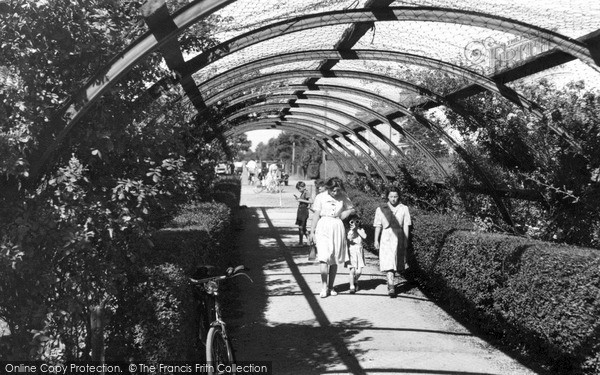 As my comment above relates, we 'lived' in a Severn Beach holiday Camp during the summer of 1955. I think it was owned by the family named Proctor, who also owned Rustic Stores and the Cinema of the same name. I do remember seeing converted buses and old railway carriages, but then this was a very common site post war, as the housing crisis was at it's worst, due mainly to loss of houses during the blitz etc.In fact, many desperate families lived in abandoned Military wartime bases.Apart from Caravans, the most common holiday/ permanent home, were Chalets, miniature Prefabs, and beautifully kept the were. P,Croft.
By Philip Croft on Tue Sep 27th 2016, at 10:59 am
Contact User
Report