The history of Swindon and specially selected photographs

Around two hundred years ago, Swindon was a quiet and almost unknown market town on a hill in rural north Wiltshire. Although mentioned in the Domesday Book of 1086, the small settlement only had a population of 1,198 in 1801, at the time of the first official census, slightly less than the neighbouring towns of Wootton Basset (1,244), Cricklade (1,333) and considerably smaller than Highworth, which then boasted a population of 2,328.

In the 1830s the Great Western Railway laid its tracks through the green fields about one and a half miles to the north of the old town close to the route of the Wilts and Berks Canal. Here, the brilliant engineer Isambard Kingdom Brunel established his railway workshops along with housing for the workers. A church (St Mark's) and a school were also built with funds subscribed by shareholders of the railway company. In addition, some enlightened welfare projects were set up by the GWR, including a Medical Fund Society to provide medical and other care for the railwaymen and their families, which in many ways anticipated the Welfare State of today. To encourage adult education, the company also built the Mechanics' Institute in the heart of the community. This provided evening classes for railwaymen and women, a reading room, a lending library and a programme of lectures, debates, drama and other entertainment.

By the 1850s the New Town was larger than its old neighbour on the hill. The two towns gradually grew together over the next fifty years, and finally, in January 1900, they joined together as one municipal borough. In due course, Mr G J Churchward, Manager of the Works and later Chief Mechanical Engineer of the GWR, became the first major. The population of the town was then around 45,000. Eventually some 14,000 were employed at the giant complex of the GWR works, and Swindon became known throughout the world as a railway town. The works not only provided the majority of the employment for Swindon itself for many years, but also for much of the working population of the surrounding area, which was connected to the town by railway and transport links. The remainder of the inhabitants of the area also depended on the railway to a large extent, providing th the essential services and products required by those who worked 'inside' (a local term for those who spent their working lives confined within the walls of the railway works) and their families. For the then limited leisure time of Swindonians, the council developed the site of former quarries in the Old Town into the Town Gardens; and Coate Water, originally created as a reservoir for the Wilts and Berks Canal, became one of the town's most attractive and well-used open spaces.

Until 1919, Swindon did not have its own Member of Parliament, being in the parliamentary division of Cricklade. The town continued to expand. In October 1928 the borough boundaries were extended by annexation of the whole of the rural parish of Rodbourne Cheney and parts of Stratton St Margaret, so that the whole of the first council estate in the new area, Pinehurst, came within the borough. Districts that formed parts of several other adjoining parishes - Wroughton, Chiseldon, Lydiard Millicent and Lydiard Tregoze - were also included within the new borough boundaries. At that time the total population of Swindon was some 65,000.

The 1930s brought much unemployment and hardship to the area. In 1937, however, a new Deputy Town Clerk was appointed for Swindon. His name was David Murray John, at that time only 29 years of age. From 1938, until a few weeks before his death in 1974, he was Town Clerk. Educated at Huddersfield College and Oxford, where he read history, Murray John soon realised the dangers for a town then virtually dependent for its economic livelihood upon the single industry of the railway. The Second World War and the 1950s brought several large engineering companies to Swindon or the immediate neighbourhood, including Vickers-Armstrong, the Plessey Company and Pressed Steel Fisher Limited. All these companies required many workers. The 1952 Town Development Act gave Swindon the opportunity to bid for further expansion. Murray John and his council colleagues set out to 'sell' Swindon with unflagging energy in boardrooms and offices throughout the land. They won the faith of London councillors charged with resettling large numbers of families. Soon 20,000 people and some industries were received; 9,000 houses were built within the borough boundary, including the estates of Penhill and Walcot. In 1961 permission was given to build outside the boundary. In 1974, an extensive reorganisation was carried out throughout England and Wales, and the whole of the Highworth Rural District area was united with the old Borough of Swindon. The new authority became the Borough of Thamesdown, although some of the responsibilities, including education and library services, were transferred to Wiltshire County Council. Subsequently, further expansion to the west and in more recent years to the north has has resulted in the incorporation of parts of parishes formerly administered by the Cricklade and Wootton Basset Rural District Council and then, from 1974, the North Wiltshire Council.

To cater for the cultural needs of the townsfolk, the Corporation of Swindon bought the house and estate of Lydiard Park from Lord Bolingbroke in 1943. This has been developed over the years as a conference centre, a recreation area and a site for large outdoor concerts and Shakespearian productions. The mansion itself, a splendid classical building, was extensively restored and refurbished and opened to the public in 1955. Since then there has been an ongoing programme to find and restore the original St John furnishings, silver, china, glassware and other artefacts. The picture collection of the 6th Viscount Bolingbroke was also purchased by Swindon Corporation for permanent display in the house. After the Second World War the former grounds of the Lawn manor house in the Old Town were purchased, and have been kept as a natural and delightful park; also, the ruins of Swindon's medieval parish church, Holy Rood, were restored in a simple but dignified manner. Using funds donated for the celebration of the Coronation of Queen Elizabeth II in 1953, Queen's Park was laid out in the centre of Swindon close by to Regent Circus and the Town Hall.

The opening of the M4 motorway to the south of Swindon in the early 1970s, with its links to other motorways and arterial routes, led to a further expansion in employment opportunities within the area. Although the railway works closed finally in 1986, and other engineering companies have now left the town, the establishment of the Honda UK car assembly and of an engine manufacturing plant at South Marston, on the old Vickers airfield site, enabled Swindon to maintain a high level of employment in the area. Over the years many major national companies have also established their headquarters within the town, including W H Smith, Castrol UK and the Nationwide Building Society. Its attractive environment has also resulted in English Heritage, the National Monuments Record Centre and the National Trust establishing their main offices in Swindon.

Attempts to gain city status for Swindon began in the 1990s, but by 2002 its bid had twice been rejected. Unfortunately, despite the commercial success engendered in recent years, the town's cultural life and infrastructure have not developed to the same level. Action is now under way, however, to address many of the faults. A new railway museum, Steam, to celebrate the GWR works and the men who worked there, opened in 2000. A new hospital, the Great Western, opened in December 2002 close to Junction 15 of the M4 to replace the aging Princess Margaret Hospital; the University of Bath in Swindon has been established at Oakfield Campus; and a start has been made towards the possible restoration of the derelict former GWR Mechanics' Institute. The regeneration of the Old Town is also under way after many years of neglect, and ambitious proposals have been presented for the restoration of the historic Lydiard Park over the next few years. A draft local plan is also being drawn up as a basis for town centre regeneration whilst protecting the best of the Borough's natural environment.

In April 1997, the former Thamesdown Borough Council became a new unitary authority known as the Borough of Swindon; its population in 2002 was 181,000. Some of the surrounding small towns and villages, where life has, in many ways, continued unchanged, often feel threatened by the continual expansion of Swindon. The northern residential development towards Blundson has added to their concerns: this began in the late 1990s, with its aim to provide eventually an additional 10,000 homes. Another concern is the existing proposals for building to the south-west of the borough in the so-called 'front garden'. Government policy required Swindon to find room for nearly 7,500 more housees by 2011. Some inhabitants of the largely rural county of Wiltshire look on Swindon with its tower blocks and industrial and housing estates with disfavour. However, the town is still a magnet which draws many people from all over north Wiltshire to earn their living there and to use its many leisure and recreational facilities. 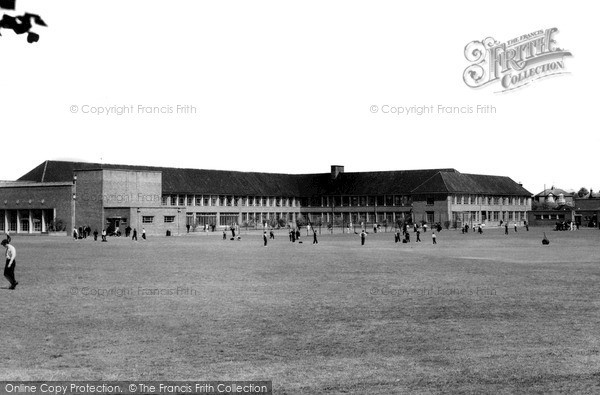 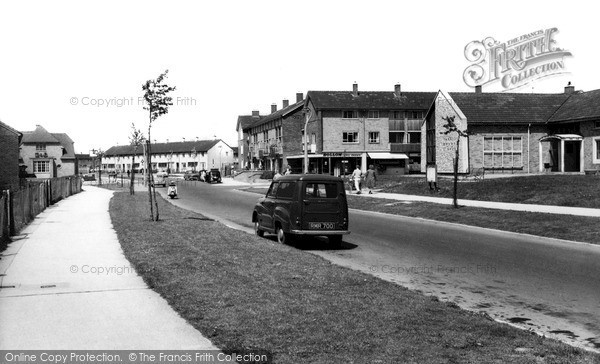 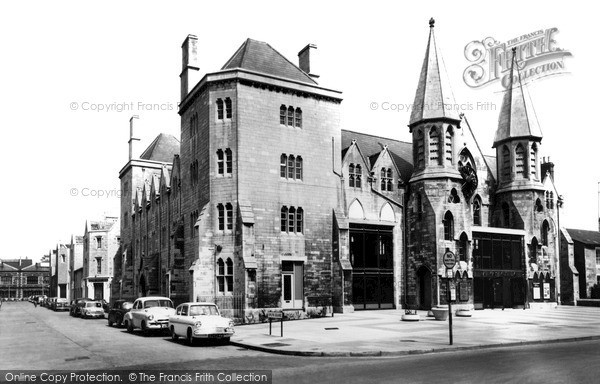 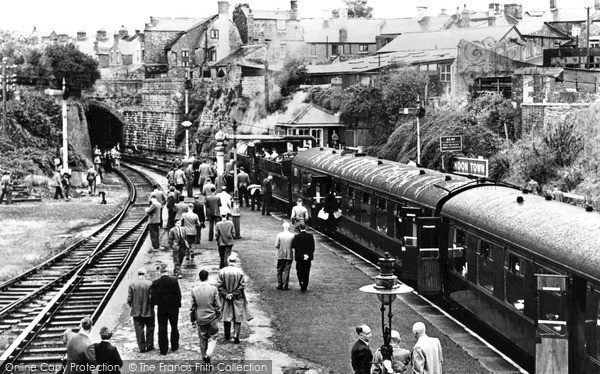 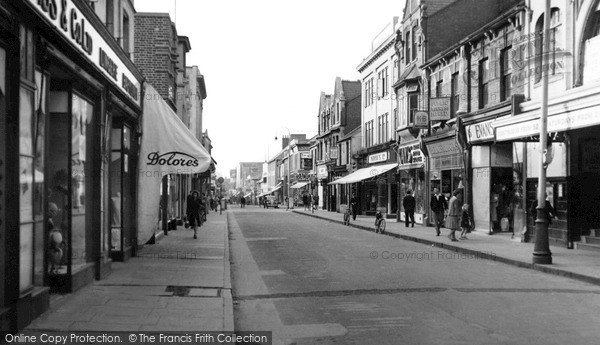 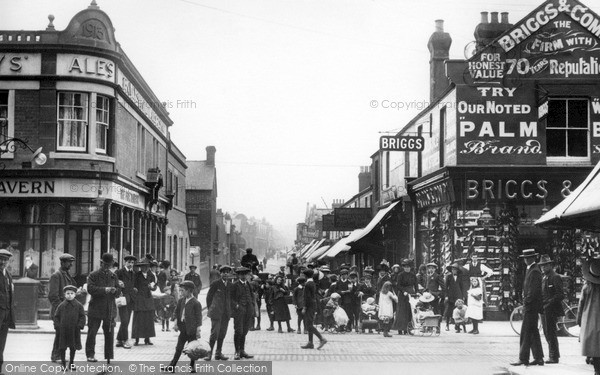 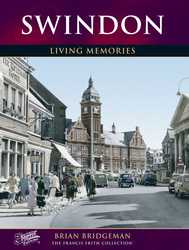