This photograph shows Tideford after the new A38 had been built through the middle of the village to serve the new Tamar road bridge. A number of properties had to be demolished for the new road. The shop in the foreground on the left is Worsfold's. When I moved to Tideford in 1965 it was one of two shops in the village, the other being the post office and stores. Mr & Mrs Worsfold were Londoners who had moved to Cornwall. Inside the shop was an Aladdin's cave of groceries, goodness knows how they managed to find anything. It was all counter service and you went in with your list and were served. Mr Worsfold used to make deliveries in a grey mini van. Just beyond Worsfold's was Haddy's dairy were you could buy freshly made clotted cream and unpasteurized milk. At the end of the row, on the left, just out of the photograph, was Congdon's butchers. They had their own small slaughterhouse just down the lane. 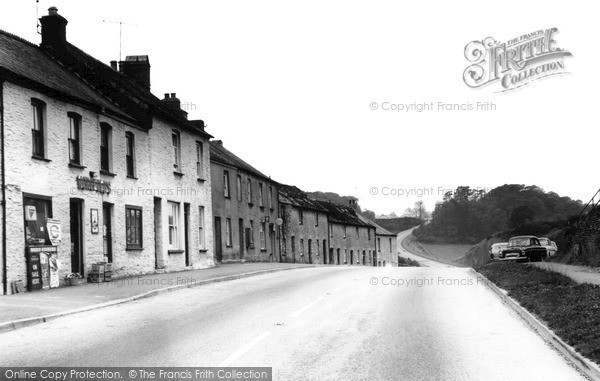