On 4th October, 1940, a Hienkel HE 111 h-2 bomber crashed nr the Mountfield Gypsum mines. Only one crew member survived, his parachute was caught in a tree. He was rescued unhurt.

I was only five years old and still remember the event vividly.

Due to the threat of Invasion, my Mum and I went to live with my Gran and Grandad -Charles and Sara Crouch on Netherfield Hill.

Late at night, we heard the bomber crash over by the Gypsum mines, the plance came down close to the miners path that leads from the "shooting box" nr Netherfield Church close to the mines, only 700 metres, as the crow flies, from the church.

We got up very early next day so we could look at the crash. there was the parachute still hanging from the tree. Gypsum mine workers, including my Uncles, were stripping what useful items they could from the wreck. They thought it was a Junkers, records now confirm it was a Hienkel not a Junkers.

My Uncle Jim Crouch, known locally as Tubby, stripped lovely soft leather from the self sealing petrol tanks. Later on, we all had some items made from this leather. We also made rings out of perspex taken from the wreck.
Shortly afterwards, Gran, Grandad, my Mum and I visited relatives living near the Netherfield Arms. I now know this was Grans brother "Ashie" Jennings and his wife. He was the Gypsum mines blacksmith. They kept one of the propellers from the wrecked plane in their garden.

No one I have spoken to in the Netherfield/Mountfield area seems to know anything about this incident. So I have written down this piece of local history to make sure it is not forgotten. Does anyone else have any recollection of it?|

I would not like this crash to be forgotten as the dead crew were someone's loved ones.
Their names were :
Unteroffizier Hildebrand Killed
Unteroffizier Bauer Killed
Gefreiter Tschop Killed
Gerfreiter Zuckriegel Unhurt 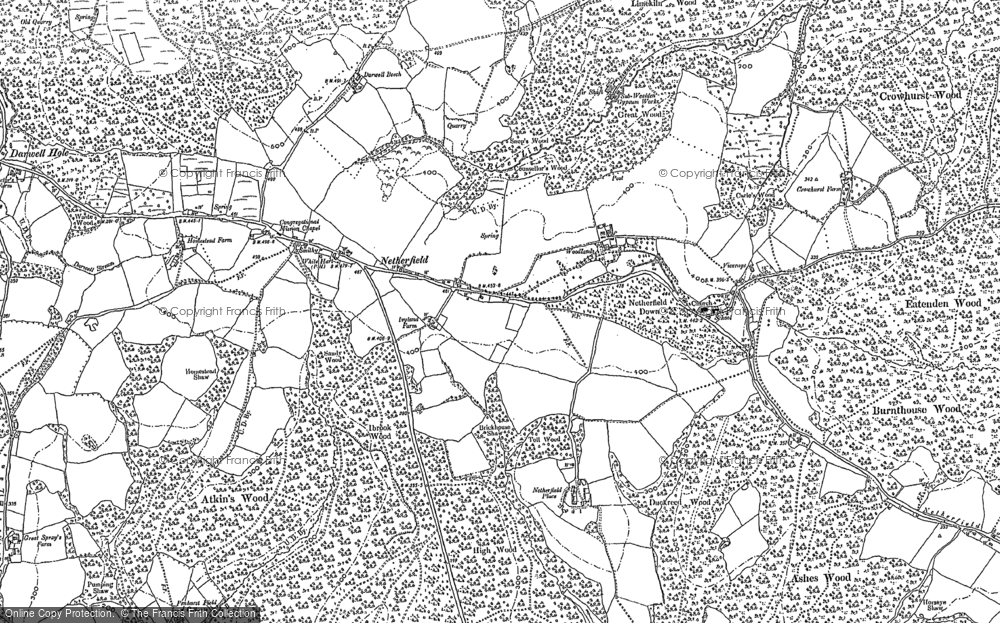