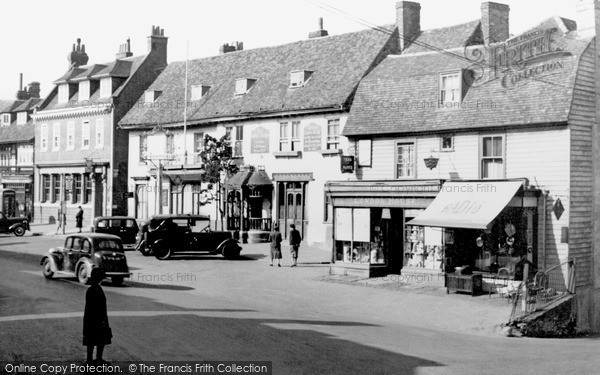 Memories of Westerham, The George and Dragon, Market Square c1955

The left hand shop of the pair on the right of this photo was still called London House when I was a young lad in the late 1960's, going to Hosey school. I recall it had large glass jars with sweets in them but also sold things like "toothbrush sticks" which were twigs of what I later thought were Yarrow twigs but it (...Read full memory)

Share it:
Back to Westerham
Back to all Westerham Photos