Great Times - a Memory of Westmarsh.

I lived with mum and dad, Len and Anita, younger sister Linda and baby brother Anthony in what was then Forstall Farm, Westmarsh from 1956 to 1962. Dad had a very small smallholding and a poultry farm next to what was then known as the Rose Inn.
I went to school in Sandwich and worked for Stickles when I left, it was a five and a half day week then and all for 3 10. 00 (3.50). Those were the best times of my life. I used to go fishing, shooting, rafting on the main stream, and us lads used to have soapbox carts which the dog used to drag along, I loved walking across the field to Pluck's Gutter with my dog Rex. Rex used to love swimming and very often came home with fishing hooks still with line attached hooked into his body. I'm sure that there were very many angry anglers. Next door was Wilmshurst's the village shop which was also the post office and bakery, next was 'Pop' White then the Gowers and then Mr Thompson who had a daughter Valerie. I used to work for Mr Thompson during my school holidays. I once spent a whole summer holiday pulling fat hen from his apple orchard. My friends then were, Graham and Peter Pemble, Dennis and Brian Botton and Richard Blackford. There were also a few girls around but I was very shy then. I used to play three card brag for pennies with Walt and Margaret Hook and I'm sure that they let me win on purpose. They were good friends then.
I had the misfortune to be taken away from all that and moved with my parents to Hackney. I cried for weeks and just longed to go back. I have been back for a look but there is nobody there now that I would have known and it has all changed, but I still have my memories. 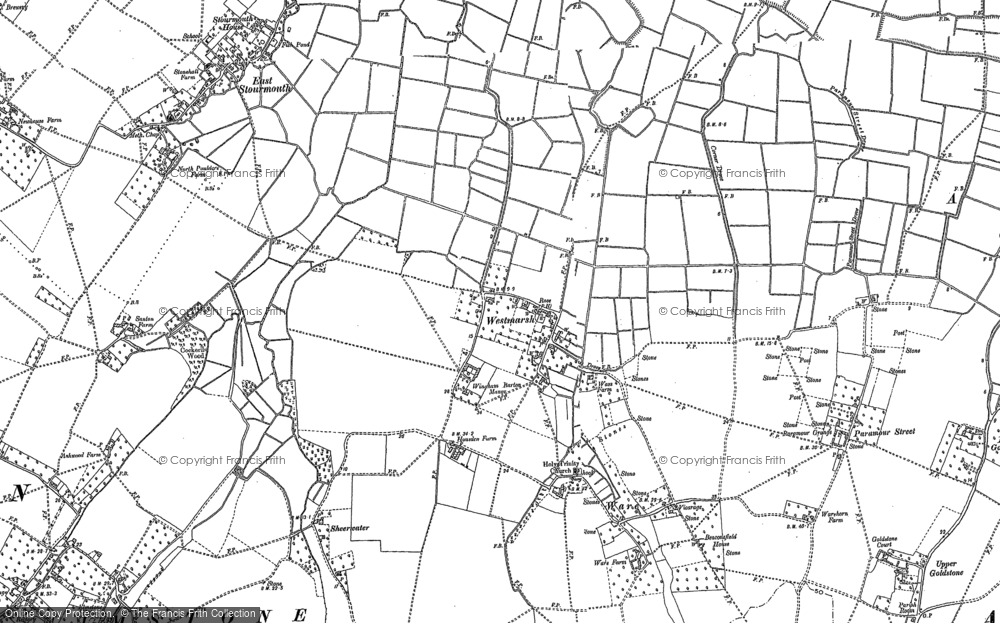