Photos Of The House I Grew Up In On Crown Road - a Memory of Wheatley.

My brother Don Quarterman sent me to this web site.
What an amazing collection of photographs! So I have to talk about two that show the house we grew up in, Mulberry Cottage. The earlier one shows it still with thatch and no dormer windows, the way it had probably been since it was built in maybe 1700 or earlier. The later one (probably a couple of years more recent) shows it remodeled with a tile roof and dormers. We had to move out while the work was done. I would have been five, because I was at the Bell Lane School at the time, so that would make it about 1953. We had to move for 6 months to one of the Shotover Park lodges at the end of Old Road, just before The Plain, where the big gates were.
I was amazed to see the piece by Bill Mitchell (we knew him as Billy). We used to love visiting his place on Shotover Hill.
The other memories of playing until dusk in the woods and fields or by the river bring back my happy childhood. Shotover, Cuddesdon Brook, "The Hollies" (behind the station) were our regular haunts. We would build carts out of old pram wheels and tool around the country lanes, sometimes coming to grief on the sharp bends.
Then there was the station. Like Billy, I was a train freak (steam of course). I would zip up the lane to the station when I heard a train, or spend all day in the signal box with the signalman, pulling the levers and working the telegraph system, much to the dismay of the stationmaster, Mr. Kimber. My friends Colin and Keith Coleman, had an older brother Jeremy who was a fireman, and later a driver. We would be sure to visit with him in the cab if he was through with a freight train.
My dad was the gardener at Mulberry Court (Col. and Mrs. Morgan) until my brother Paul came along in 1961. Then the pay was too little and he had to get a job at Morris's to make ends meet. Mum was a nurse in Oxford hospitals and with the Red Cross. Later she served on the Parish Council.
Other happy memories? Running down to Bowen's corner shop to get the Green Mail on a Saturday afternoon, hoping to see news of an Oxford United win! Watching Wheatley Football Club play in the old cow field over the railway line behind the sawmill (my Dad played for them, but I have no memory of it). Later they moved to a slightly better field at the Military Hospital. Later, the many wonderful pubs: King and Queen, Railway Tavern (later The Sandpiper), The Sun, The King's Arms, Bridge Hotel (which had a number of big time bands play there). And the teachers' training college, good place to meet girls (actually at the King's Arms).
A few of my old friends (Graham Godfrey and Mason Trinder) still live in Wheatley, but most have moved away. My Aunt Beryl still lives in Wheatley, though she lived most of her life in Denton. Two of us have moved a very long way: John Harwood is now living in Christchurch New Zealand. I am in the US, in Portland, Oregon. 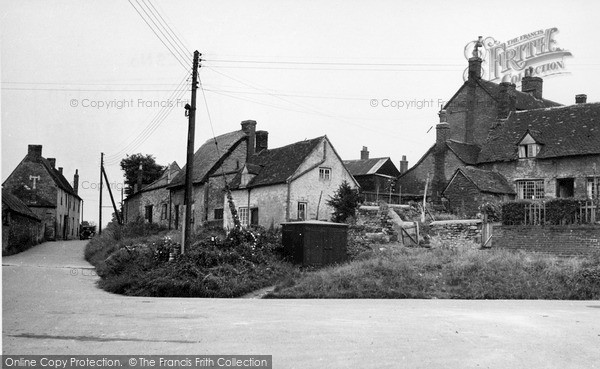