Aunty Polly And Aunty Jinny's Shop - a Memory of Whitby.

The shop on the left belonged to my Great Aunts Jinny (Jane) and Polly (Mary) Hoggarth. It is No 53 Baxtergate, Whitby and on another photo we have seen looking from Wellington Road over the top of the shop it says Newsagents, but no actual name. They previously ran a shop at 16 Bridge Street. They sold sweets, chocolates, newspapers etc. My mother, Doris Thompson (born 1922) and her sister Kathleen Hoggarth (born 1919)loved going to the shop and being allowed to choose something. They both remembered the being upstairs watching all the happenings in Baxtergate and Wellington Road. Jinny and Polly were the sisters of my mother's mother Amelia Lyth (nee Hoggarth). There were 10 children in their family and they were raised in small accommodation in what is now the entrance to the Friendship Club. Their father was the Caretaker of Cholmey School and he received no payment, but was allowed to live there with his family.
As a family we think it is dreadful that Baxtergate was part demolished and replaced with awful modern buildings. There seems to be no benefit apart from a very wide pavement in the location between 52 Baxtergate and just before St Ninian's Church.
Aunty Polly rented the shop to Roe's who later bought it and ran it for some time. We think the shop next door to Aunty Polly's was Abbs Bakery. The shutters were probably to protect produce from the sun. 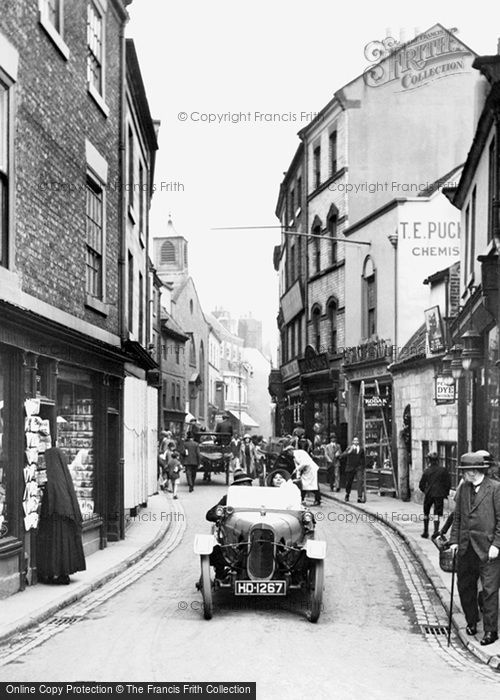