I first came to Whitstable by steam train in 1952 with my mother and grandparents, and we stayed in a boarding house in Cromwell Road, I think. After that we came to Whitstable every year for two weeks in September, staying at the Blue Anchor caravan site at Seasalter until about 1961. At that time, at the edge of the caravan site by the sea was a little wooden café, now no longer there, like the Alberta café and stores just a few steps away along the beach. During the day I would dig bait and overnight put out lines of fishing hooks a long way off the beach, following the tide out in the morning to see what fish I had caught. Other days we would walk into the town or go along to Herne Bay, on the way into the town we would pass the West Beach boating pool and Red Spider café. In Whitstable I remember that there was what seemed to be an old junk yard in the buildings where the harbour station used to be, next to a pub called the Steam Packet on the quayside.
For many years there was construction work continuously going on to build the sea walls along the shoreline. My parents used to be friends with the two old ladies (a mother and daughter) that ran the Nelson Inn on Harbour street and kept in touch with them when they left the pub. About 1958/59 my parents almost took over the greengrocers shop in Harbour Street but eventually decided not to. Over 60 years after I first came to Whitstable I still regularly visit the town, both during summer and winter and reminisce over the changes.

The town must have a certain "something" as I am just about to move there! 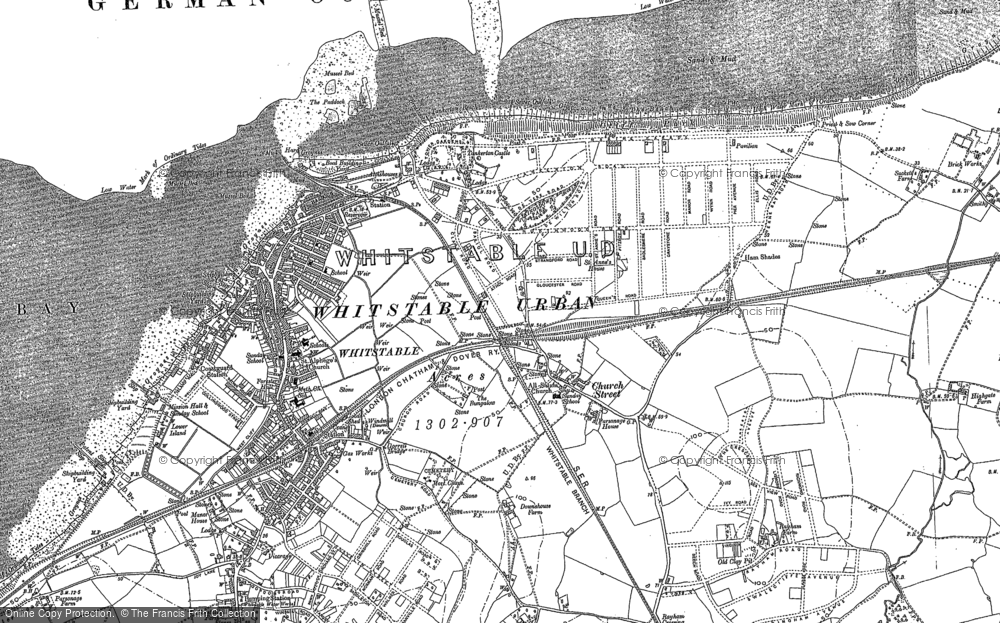