The Rectory - a Memory of Withyham.

I grew up at the rectory in Withyham, my father Peter was Rector of Withyham and Blackham from1953 to 1986. I was the eldest of eight children. I have many fond memories of my life in Withyham and also some sad ones. My father's ashes are now lying beside his predessor (Arthur Miles) by The Dell, a small piece of ground which lies between the Rectory garden and the churchyard. I visit my father's grave two or three times a year and feel that the village has changed, not neccessarily for the better, everywhere I look are signs, No entry, No parking, Private, No horses, No cars, and one of the best farms that used to exist in the south of England now appears run down and neglected, as does the lake that the rectory overlooks. I worked on that farm (Buckhurst Estate) as a schoolboy during the harvest, and later when I left school as a student under the management of Arnold Christiensen. After Arnold retired and the then Earl De La Warr died the whole farm appeared to start falling apart and now on my visits to Withyham I feel quite sad. But there are other memories. I played cricket under the Captaincy of Richard Standing. The school bus to Crowbough County Secondary was driven by Tom Chesson, of Chessons garage in Hartfield (his son Mick drove the other coach from Hartfield), God, that coach was cold in the winter of 1963 and how glad we were when the road was finally closed due to the snow.
My father was lucky to inherit a church steeped in a history of choral and church music, something dear to his heart and happily to say still alive today and with no thanks to my late father's dear friend Frank Sellens (choirmaster and organist), the sad part of that is there appears to be no young blood in the choir so one wonders how much longer this tradition will carry on. I was a shy boy and young man too and like all boys fell in love with all the pretty girls in the choir but it didn't do me much good, Belinda, Elizabeth, Sarah, Jane, to name but a few. Sadly each time I return to Withyham it is to discover that another old family friend is now no longer here to say hello, and how are you, it takes longer to walk around the churchyard with my memories. The village shop no longer exists, the phone box has gone, the railway line closed, I wonder if the 91 bus still runs from East Grinstead to Tunbridge Wells or the 137 from East Grinstead to Crowborough. Many a happy night was spent in the Dorset Arms when I first joined the nation's work force as an agricultural student, in those days it was very labour intensive, we worked hard and we played hard, we played darts for our beer, put your name on the board, take the chalk (good for the maths) then take on the winner of that game and if you lost you bought him (or her) a pint or vice versa. Jim was our regular barman from Hartfield, he was cowman for Rob Medhurst and also gravedigger for Medhurst who was also the local undertaker, how on earth Jim fitted all that into a day I will never know. Other things that I recall are the ploughing matches, Joan Wood's annual gymkhana which I also got involved in, Admiral Brind's funeral in which the coach carrying the Royal Marines band parked on our front lawn and to my father's fury got well and truly stuck, thank God that there was a ploughing match on at the same time just on the other side of the lane, tractors to the rescue. I remember decorating the Christmas tree in the church on Christmas Eve, and going over to the belfry on Saturday nights to stoke the boiler which was below the ground under a trap door, I used to run like hell through the churchyard in the dark, spooky place when you are a child. There is much more that I could write and maybe will do again soon, but any one who would like to know a little more ahead of that may contact me at: patrickscott1951@hotmail.co.uk 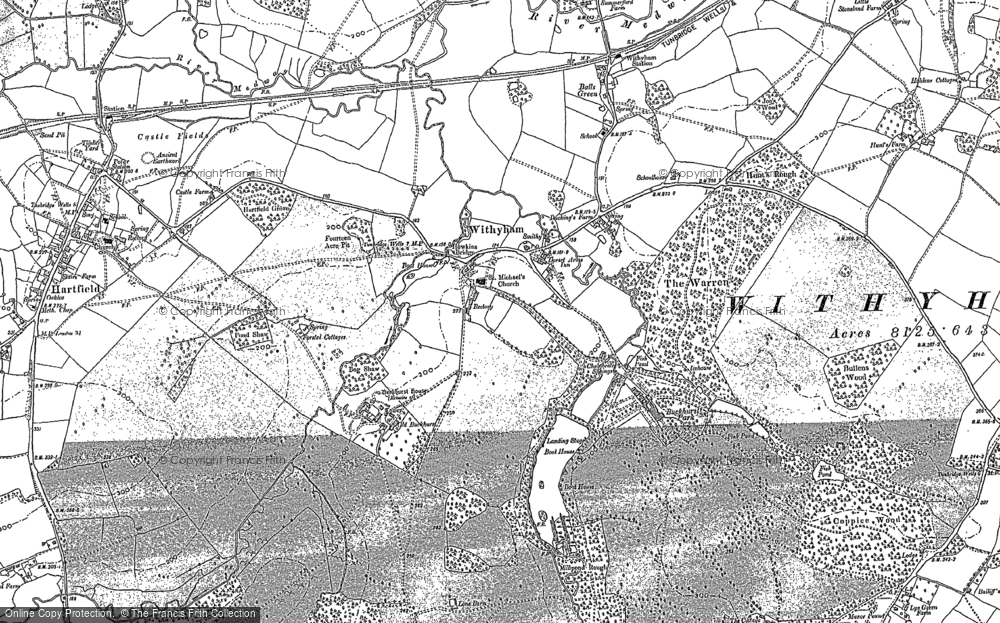