1 Manor Way - a Memory of Woodmansterne.

My Grandparents lived at 1 Manor Way. In 1946 my father returned from Canada to find that I was a few months old. He had returned from the war in April 1945, however he had to return to Canada in 1946 to demob. When he returned to England from Canada, my parents lived with my grandparents at #1 along with me. 1 Manor Way was the home of my grandparents until their deaths in 1987. After that, it became the home of my uncle Jack. Since Jack's death in February 2012 it has become the home of my younger daughter, Kathleen. I have wonderful memories of my childhood visits to #1. My grandfather loved to garden and kept the gardens in the front in wonderful colour. Hopefully, my daughter will be able to return the property to its former state. 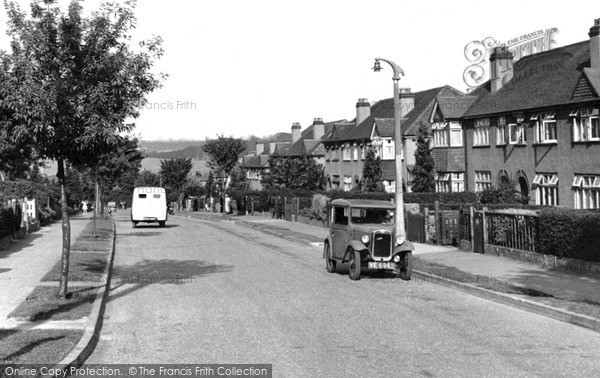