Completely Changed!! - a Memory of Woolacombe.

My father took my mother and I on holiday to Woolacombe every year in the 1950's. At that time, in the height of the Summer months we would be the only family on the main beach (as well as the Barracane Beach where we searched for Cowerie shells). At that time the surrounding land, including the beaches, were owned by Sir Francis Chichester's mother and what she said went!! There were no Donkeys or Punch and Judys allowed on the beach and a travelling fish and chip van came each day. There was no cinema, so a travelling cinema came and set up once a week in a small hall - we had wooden benches to sit on. There were a few private houses set up as B & B's and we stayed with the Perts. There was a huge hotel called the Woolacombe Bay Hotel and a small cafe called the Red Barn - NO caravans, Bingo Halls, Flats etc and it was Heaven then!!! I have only been back once, in the late 60's to show my husband this Heaven on Earth, to be absolutely staggered at the changes, I'm afraid I have not been back since!!! I suppose it is still a little piece of Heaven but, for me, spoiled by all the modern changes - I liked being one of a very few people on holiday there and therefore felt very sorry to see it 'overpopulated' and 'overbuilt'. Our little family were also among a small amount of people to be taken to Lundy Island at that time. 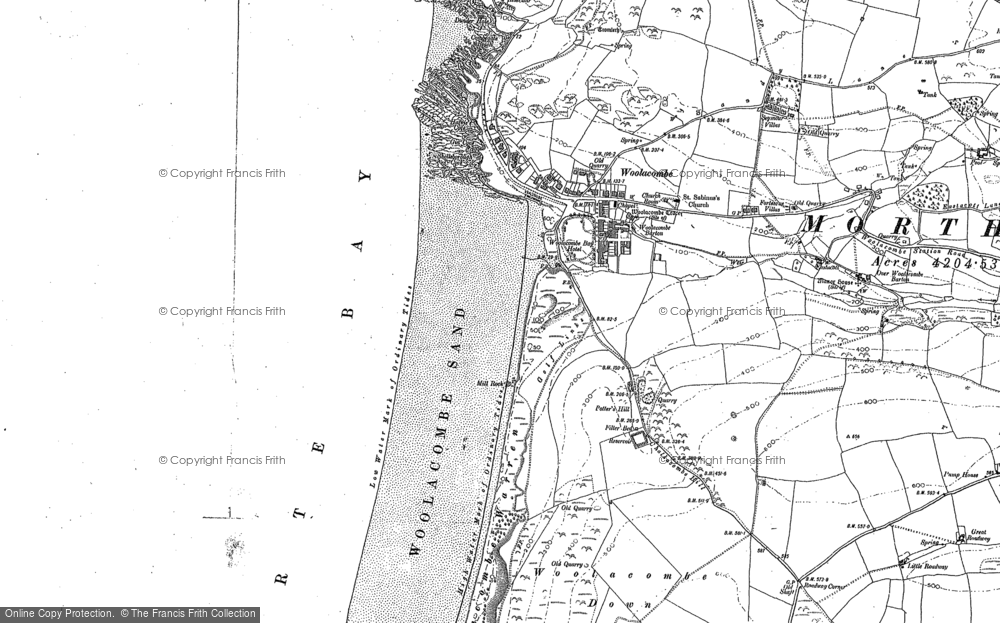