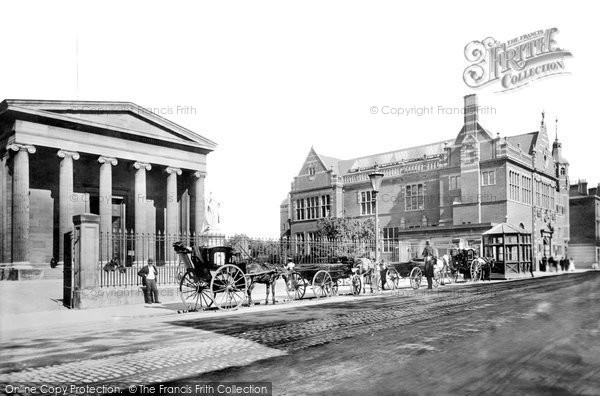 Sign in to send as a Free ePostcard.
Back to all Worcester Photos
Back to Worcester 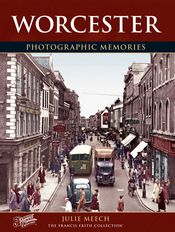 The photo 'Worcester, Shire Hall and Victoria Institute 1899' appears in this book.

Caption for Worcester, Shire Hall And Victoria Institute 1899: Horse-drawn cabs wait for custom outside the imposing neo-Classical Shire Hall, built 1834-5 by Charles Day of Bristol, and Henry Rowe, Worcester's own city architect. Its massive portico of fluted Ionic columns contrasts with the little gazebo-like structure which served as a rest hut for the cabbies.

An extract from Worcester Photographic Memories.

After the General Election in 1880, an allegation was made that the successful candidate at Evesham had won the seat by means of influence and bought votes. As a result, an official enquiry was held that year at the Worcester Shire Hall. My great grandfather, Charles Kinchin, was a seventeen year old (...Read full memory)