Walks With My Dad - a Memory of Wordsley.

This picture is the memorable part of our route, a walk from Belle Vue where I lived until the late fifties. My father would take me for walks on Sundays when the weather was good, which it seemed to be most of the time, we would walk up the common which was then all countryside. We would climb over the stile in the photo and turn up the hill towards the wood, known as the Cally Wood, it was private with no public access. So we we would take another stile which would take us across the fields towards Cot Lane. This was the exciting bit for a six year old as the path crossed the sand pits by a metal footbridge high above the workings, which was often a few feet deep in water. We then joined Cot Lane and back to Wordsley, perhaps for a Vimto and packet of crisps at the Raven, where they had a bowling green at the back. It was kept by the Mansells, the son Kenny was two or three years older than myself.
My name is Geoff Lowe and my father was Chris. He worked for SGB Dudley, from 1926, when he started at 3 pounds per week, later becoming the transport manager. He worked there most of his life apart from during the war when he worked at the Austin Aero works helping to build Stirling Bombers

Sun Jan 13th 2019, at 10:36 pm
Geoffrey Lowe commented:
Perhaps you new my sister Margaret Lowe, she was borne in 1932
Add your comment
Report abuse
Sun Jan 13th 2019, at 10:21 pm
gretathornes commented:
Hi my name was Greta Parrish before I marries and I grew up in Wordsley firstly we kept the Gladstone in when I was small and then we moved first to John Street and then Brook Street before we finally moved to Swan Lane. I used Wordsley Community Centre in my teens ie late 40,s into the 50s and have many memories of Wordsley. I went around with my friend Jill Wright who sadly died when she was 52. Does anyone remember me
Add your comment
Report abuse
Wed Oct 8th 2014, at 5:27 pm
j.delmar commented:
Hi geoff l am jill sister to geoff evans who l know you knew well also ken mansell who was my brothers best pal and who my dad ken evans signed for ken mansell to purchase his first bike and ken and geoff cycled off to rhyl what an adventure they had. When l got married in 1968 l lived opposite the stile in your picture happy memories jill delmar (evans)
Add your comment
Report abuse 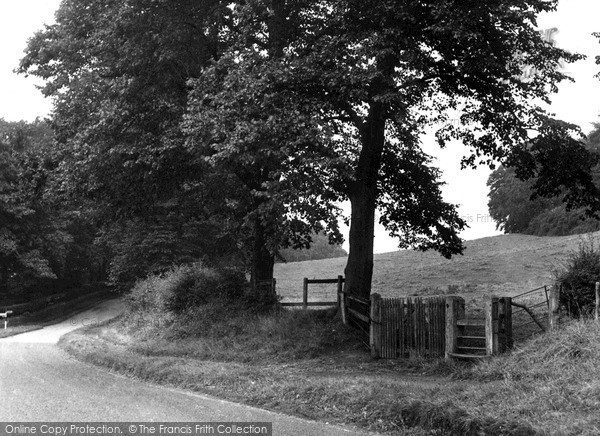