Church Choir - a Memory of Yapton.

I think it was about 1959 when a new Vicar arrived in the village of Yapton he was the Rev. Nelson. I was 12 at the time, His wife who we only knew as Mrs Nelson decided to start a church choir. So with a few of my cousins and girls I went to school with off we went to see what it was all about. Mrs Nelson had at least two daughters that I remember and we were all welcomed into the Vicarage for choir practice which used to be on a Thursday night if I remember correctly. In the summer practice was held at the church but winter at the Vicarage.

We all loved the choir, it gave us something to do and an interest as in those days there was not too much to do after school. I remember the year we did Handles Messiah it was wonderful, the church was lit with candles and it was full to capacity. I was lucky to sing one of the solos and remember seeing my parents sitting in the congregation not quite believing that I could do something like that.

Some of the other people that used to be in the choir were, Sheila Spencer, Lyn Smith, Reggie New, Rita Franklin, Rosemary Nelson and her sister, Mr Carey and Mr Horton. Those are the ones I can remember. Mr Nelson and his family left the village not long after and the Rev Hamnett came but it wasn’t the same.

I left the village in 1967 migrating to Australia which is where I still live. I have returned to the village on several occasions. One occasion was 2006 when my sister Joan and I went to church on the Sunday morning. I guess you could say I was surprised when I saw no Choir, no organ playing and a totally different form of service. I was home for 5 weeks but didn’t return to church it just wasn’t the same, I like to remember it as it was. I was Jackie Lillywhite (known and Sally) then, my mother still lives in the village as do my sisters and there families. Time moves on but I do have good memories of the Choir and the Church, most of my family are buried in the Church yard including my Father. 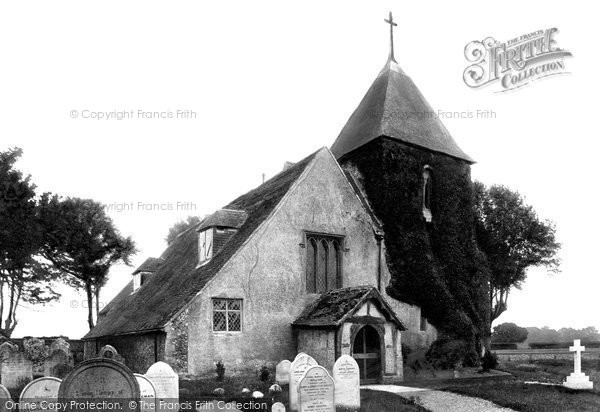