When I was a child, my great-aunt, Mrs Judith Pheby, lived in Bank House, Yoxford, and was its caretaker. The bank only visited the village once a week, I think, and the rest of the time the bank was closed. The house is on the corner, immediately opposite the Jubilee Seat, and I remember visiting there as a child. In those days, there was just one cold tap in the back kitchen, and the stairs were in a kind of cupboard. The beds had feather mattresses, and there were basins and ewers in each of the bedrooms, and a tin bath in the outside loo. The tiny garden was full of hollyhocks and other flowers, and the sun always seemed to be shining.

Mrs Pheby's sister, Violet, also lived in Yoxford with her husband, John Bradbrook, and daughter, Connie. They initially lived in a tied house on one of the estates (I think it was Rookery Park, but am not yet certain) where John Bradbrook was chauffeur (one of the few people in those days who was qualified to break the seal on a Rolls Royce engine). On his death in 1932 when he was only 42 (due to having been gassed during the First World War), Violet and Connie had to leave the tied cottage, and went to live in The Old School House.

Connie's first job was in Horner's shop in the village, and she played tennis at the vicarage, went to Dunwich and to Aldeburgh to swim, cycling everywhere, and she also sang in the church choir.Connie was the only village girl to join up in the Second World War, and she joined the WRAC (Royal Signals) and so travelled to Yorkshire, where she met her future husband, a Manchester lad. When he returned from his 3 year overseas posting in Burma, he and Connie married at St Peter's Church in Yoxford in 1948, and they had their wedding reception in the Village Club. The vicar's wife took a great interest in Connie, and helped with all the wedding preparations, so that (despite it being early post-war when rationing still prevailed) it was quite a 'do'. The couple then made their home up in Cheshire, but visited Suffolk whenever they could, taking my sister and I (when we came along) with them. We both have very fond memories of Yoxford.

I have just started to research my family history, and will be re-visiting Yoxford in April 2010. when I am hoping to add detail to my memories and researches. 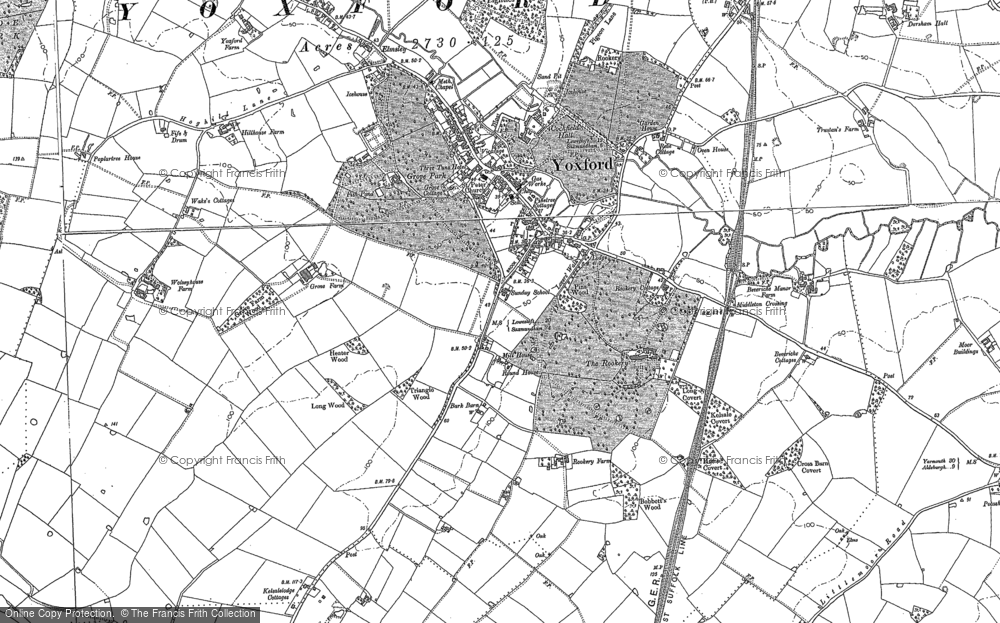