Please Note: Our website will be down for a major technical upgrade on Thursday 11th August 2022 from around 9pm BST. We anticipate it being back online within 4 hours.

A Memory of Aberdare.

What can I say about the Boot Hotel? This hotel and the Black Lion Hotel were the best hotels in the area. You would not be served in The Boot without a tie on. The one time I went there on a Saturday night I can remember the landlord there, quite a nice old chap, getting abuse from some yobs. I intervened and ended up on the floor, but I nailed one of them. I was invited into the lounge, thanked for my assistance and given a large brandy, good old days. This was a one off, and never happened again in my time there. All the local businessmen used to go there. I also took my fiancee there many times. I returned recently and could not get over the change. I would not go in there now if you paid me. Alas how times have changed, but memories remain.

This memory is written about Aberdare, the Boot Hotel c1960 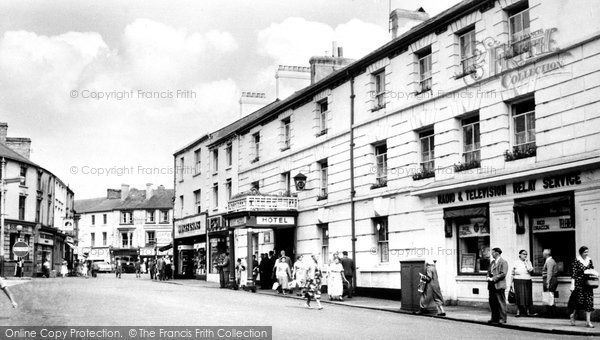 My father, thomas henebury, lived in aberammon in the earlier times of his life. He was born in 1897 and was a miner. When he was old and in poor health we took him back to his roots for a day. As a child he used to look at the boot hotel and think to himself " one day if i am ever rich i will stay there." HE never did become rich but that gave him a precious memory. We took him outside the house he had shared with 14 other brothers and sisters. The couple who occupied the house were really kind and spoke to him about landmarks that had gone. Long time ago now.
By lynetteandlloyd on Tue Oct 7th 2014, at 5:19 pm
Contact User
Report
I neglected to say we spent the night in the Boot hotel.
By lynetteandlloyd on Tue Oct 7th 2014, at 5:22 pm
Contact User
Report