Looking at this photo, I'm taken back to summers on that beach full of pebbles and the cafe shown with its novel smell, something like milky coffee!  At about this time Abergele had a cinema, upstairs in the market street. My parents owed Coed Mor, a guest house in the town, and some of the children staying with us and I went to see "The Incredible Journey", a film about two dogs and a cat traveling across country (USA or Canada) to find their owners. Not a dry eye in the house and I've never been able to watch the film since!

Fri May 15th 2015, at 10:54 am
bob.john13 commented:
I lived in Abergele from about 1947, I went to the Abergele Junior School with Mr D.D. (Daddy) Davis as Head. We had lunch in two nisan huts over the road, where I'm told Tesco is now, they were in the shape of the letter 'H', we lived in Ty Elian next to the Catholic Church. From there I went to the Secondary Modern with Mr Ellis Wynn Williams as Head, situated between Llywn Morfa and Berth Ar Glyd. I remember well the Royal Welsh Show on the fields where Maes Cannol is now, and down to what was called 'Starkies Lane. I learned to swim in the sea at Pensarn Beach, those stones killed my feet. We use to build a bonfire on the beach, opposite the railway bridge to the beach each November the fifth. My Fathers family was from Llanfair TH.
Add your comment
Report abuse
Mon Feb 23rd 2015, at 10:50 pm
Lynette Foster commented:
Although we had stopped coming to Abergele by 1965 - we always used to stay at one particular B &B until the owner died - I do remember the cafe and the pebbly beach. I remember we always used to hollow out the pebbles to make a wind break and sit in our 'hole'. Also on the front was the seafood kiosk.
Add your comment
Report abuse 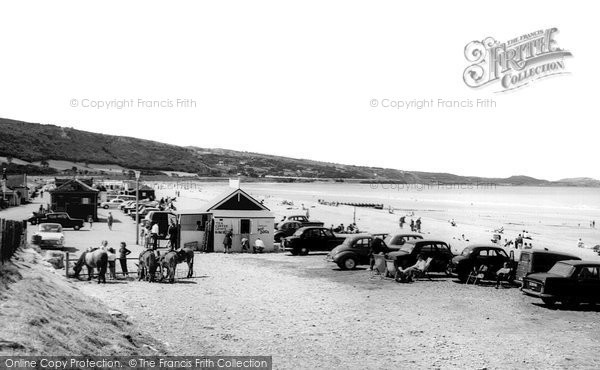