Mother's Brother And Sisters - a Memory of Andover.

Just after the war Dad, Mum and I would travel every other weekend to visit aunts and uncles and cousins on our Norton motorbike and sidecar. We usually based our visit with Aunt Flo and Uncle Stan (a wartime despatch rider, now back with his wife), they lived at 27 Wellington Road at the top end of a steep road about 100 metres up the hill, and the amazing thing was their Golden Retriever would bark as soon as the bike turned into the road and Aunt Flo would put the kettle on, knowing we were not far away. Some holidays I spent with them and I would always have to accompany my aunt to the Weslyan Chapel in town for the Sunday morning service, and in the afternoon I would either with local lads or alone go up to the Dell, such a peaceful walk. I think my uncle's parents lived opposite. I remember a big fuss made when my aunt gave birth to Pauline Elizabeth, I was about 14 at the time and did not at that time understand the significence of a lady in her mid forties giving birth to her first child, although I do remember the surprise that the event caused, even to my aunt, as her doctor had failed to realise she was pregnant until about 7 months in, from memory she turned out a beautiful girl. I did not see a lot of my Andover relations after that. I also had a cousin, Brian Rogers, son of Hilda and Vic just down the road, and mum's brother William Ernest (married Edna), they had two boys, David 9 months older and Kenneth nine months younger than I. On a trip to Europe from Australia I visited them once in about 1978 when Ken was or had just been mayor of Andover, unfortunately having been in Australia I have lost touch with any relatives who might still be living in England. 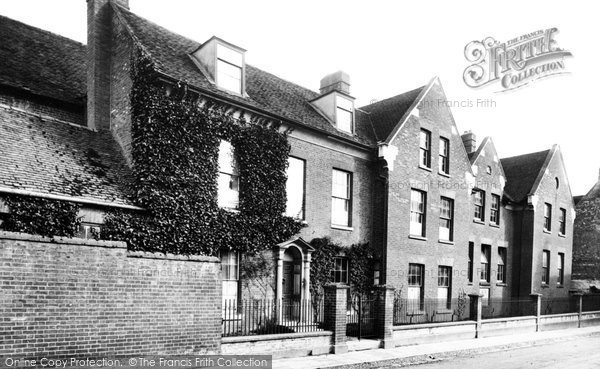