Gretna Green became popular for the marriages of runaway English couples after ‘irregular’ marriages were abolished in England in 1754 but not in Scotland, and the construction of a toll road in the 1770s made it the first easily reachable town over the Scottish border.

‘Irregular’ marriages required neither banns nor licence, as long as the declaration was made before two witnesses; almost anybody had authority to conduct a declaratory marriage, and the local blacksmiths (known as ‘anvil priests’) famously performed them over their anvils. 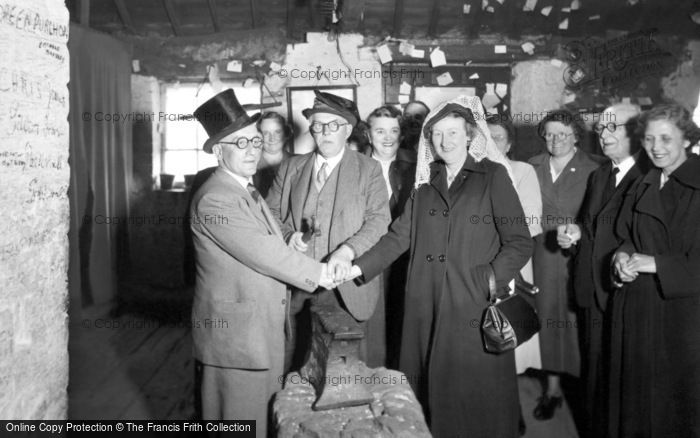 Gretna Green’s history has made the area very popular for weddings, and thousands of couples marry there each year with a service performed over an iconic blacksmith’s anvil as an additional romantic touch. 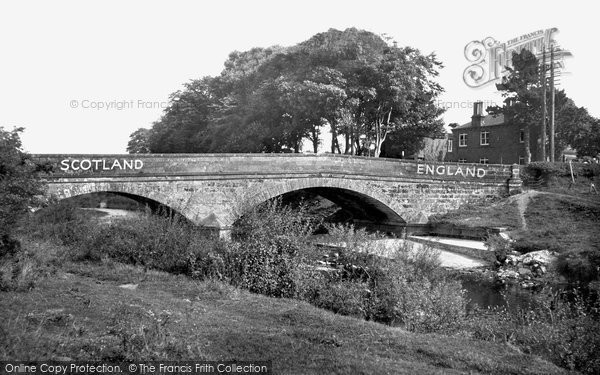 Gretna stands on the Scottish/English border. Lord Hardwicke's act of 1754 abolished irregular marriages in England, but not in Scotland. Once across the bridge, runaways could marry very quickly in accordance with 18th-century Scots law, which required neither banns nor licence. 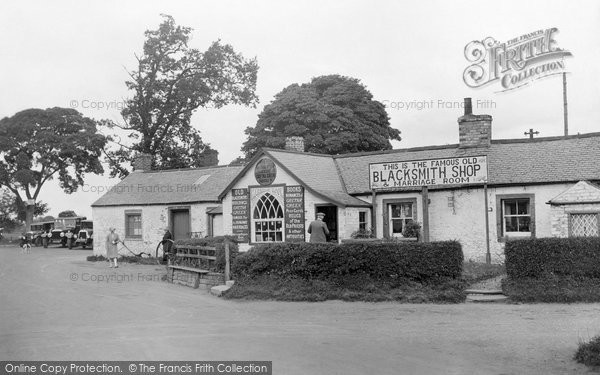 We got married here in September 2008, I had been looking at pictures on the internet for months and when we arrived, it was like driving into one of them. Gretna Green has a feeling about it, it's very small and there's not a lot to do apart from get married, but it just felt lovely being there, it's a very sweet place and I was sad to leave. The Blacksmith's Shop was beautiful, very romantic and it was wonderful to get married in such a special place and become a part of its history. We'll be back for a visit one day... x" - A memory of Gretna Green shared by T Barden. 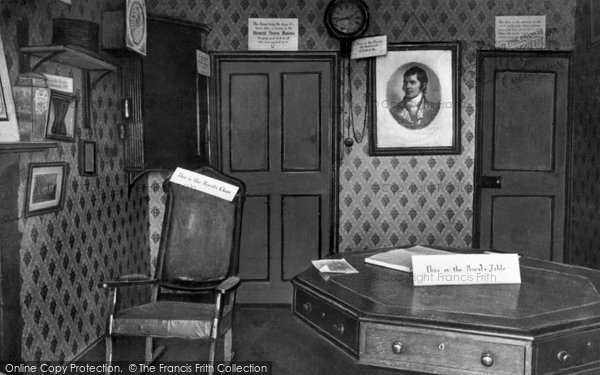 Marriages also took place at Gretna Hall and at the Toll Inn and the Sark Toll Bar. 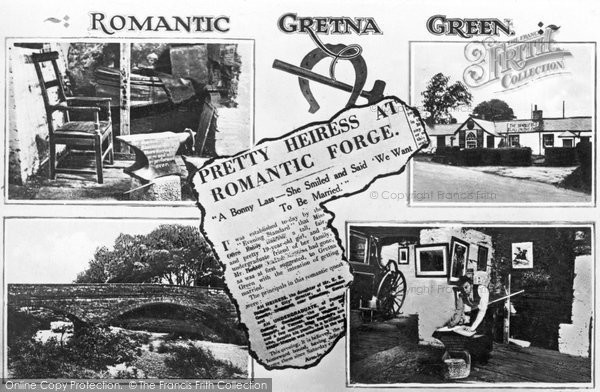 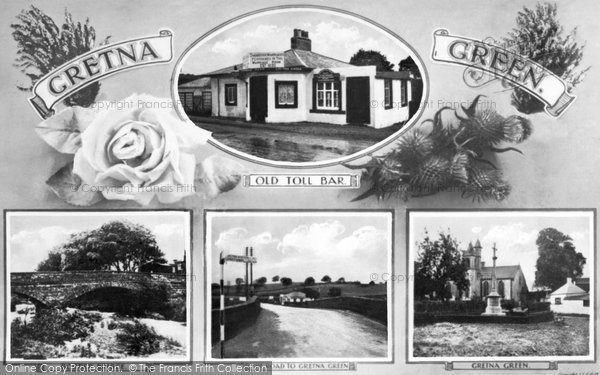 A composite photograph from The Francis Frith Collection of Gretna Green, the site of so many romantic declarations! 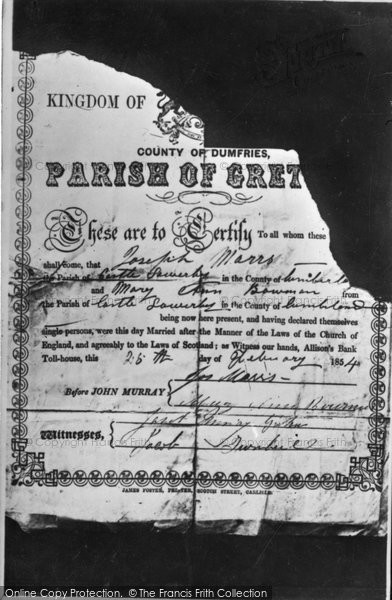 Taken c1940 by one of The Francis Frith Collection's photographers, it is fascinating to see this tattered marriage certificate from 1894 in the names of Joseph Marrs and Mary Bowman, married in the Parish of Gretna.

Almost anybody had authority to conduct a declaratory marriage, and the local blacksmiths (known as ‘anvil priests’) famously performed them over their anvils.