Scotland's "national poet" Robert Burns was born in a simple cottage at Alloway in Ayrshire on 25th January 1759, a date which is marked with 'Burns Night' celebrations on the anniversary of his birth each year.

We bring you a special selection of photographs from The Francis Frith Collection that trace the poet's life journey. Happy Burns Night! 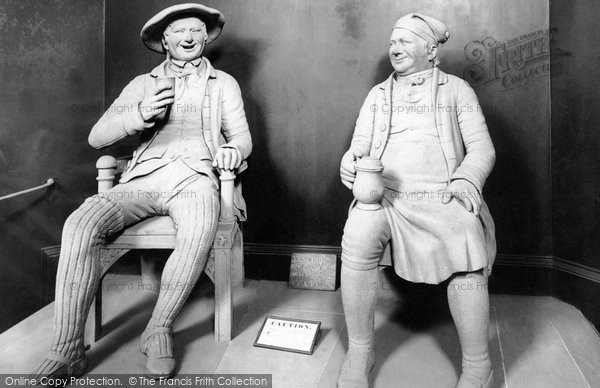 Statues of Tam O'Shanter and Souter Johnnie at Alloway photographed by a Frith photographer in 1897. 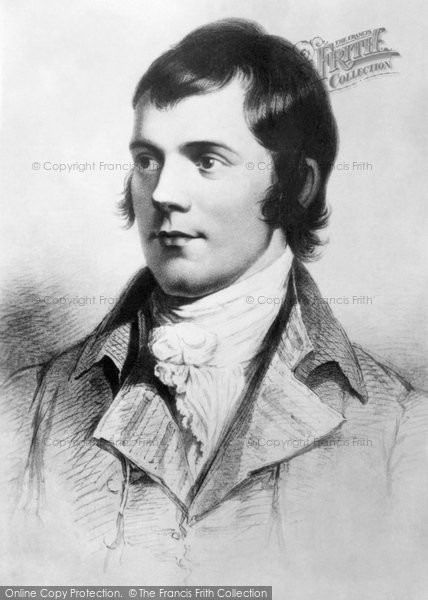 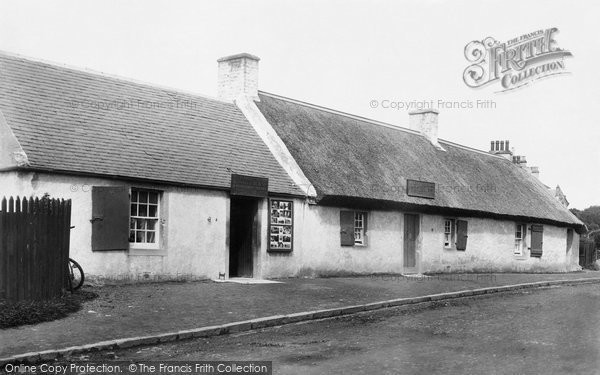 Scotland's most celebrated poet Robert Burns was born in this simple cottage on 25 January 1759. The cottage, a 'but and ben' or two-room clay cottage, was built by the poet's father, a gardener from Kincardineshire. It later became an inn. Burns's verses are famous the world over. He died at the early age of thirty-seven in Dumfries. In 1881 the cottage was purchased by the trustees of the Burns Monument and opened as a museum. The pleasant village of Alloway is now the centre of pilgrimage for lovers of Burns's poetry. 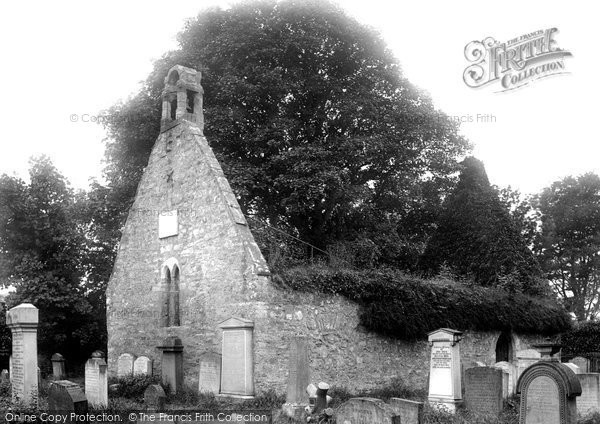 Robert Burns played in this churchyard as a boy, and the popular legends about hauntings and the ghostly atmosphere of the roofless ruin affected him deeply. He used the Kirk and the Auld Brig O'Doon near by as scenes for his celebrated ghost story 'Tam O' Shanter', which first appeared in the Edinburgh Review in 1791. Burns's father, who had repaired the kirk wall to keep the sheep at bay, is buried in the churchyard. 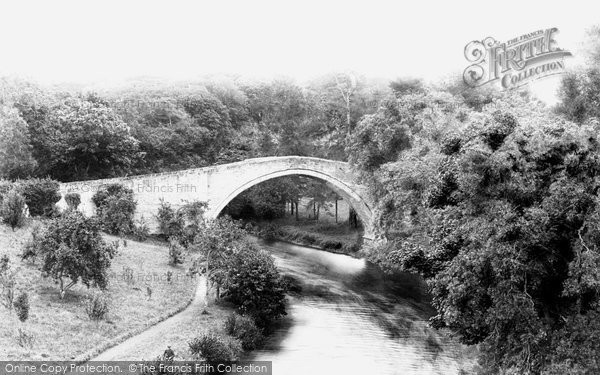 The bridge is used as the setting for the final verse of the Robert Burns's poem Tam o' Shanter, published in 1791. In this scene Tam is on horseback and is being chased by Nannie the witch. He is just able to escape her by crossing the bridge (over a running stream), narrowly avoiding her attack as she is only able to grab the horse's tail which comes away in her hands. The bridge remains a place of pilgrimage for fans of Robert Burns. 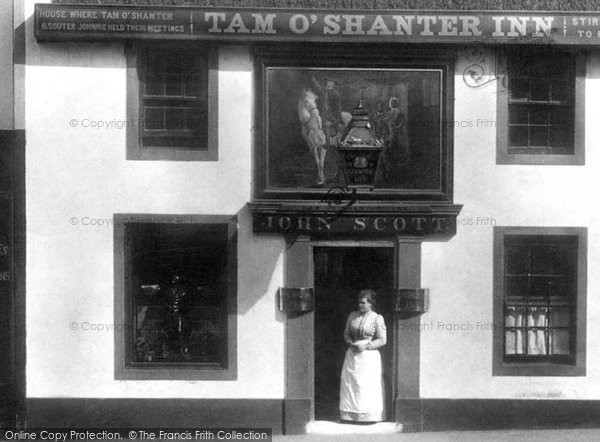 This photograph was taken by a Frith photographer in 1900 and as written above the window is "the house where Tam O'Shanter & Souter Johnnie held their meetings". 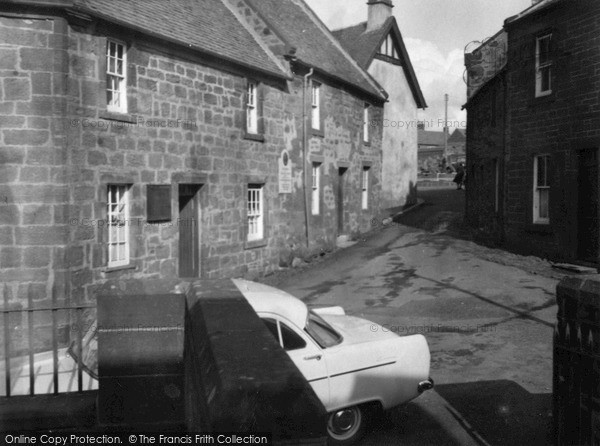 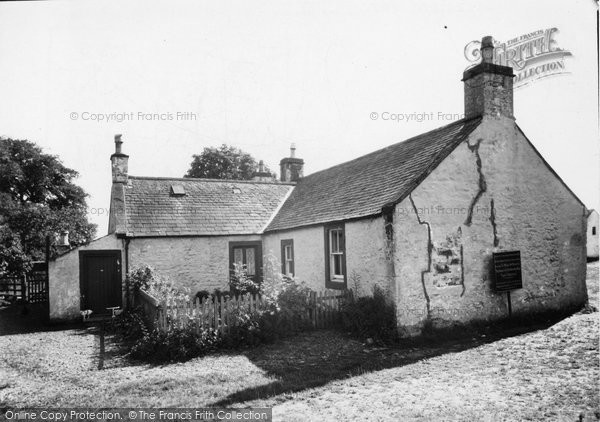 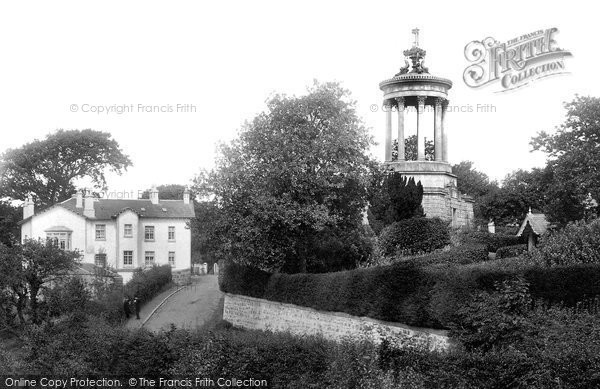