Was a patient at the hospital from Palm Sunday, 1968 for about six weeks. The picture you have in postcard form was the rose garden. I took several photographs in colour, while there, as we had access to the whole of the grounds. will forward copies, when I have traced them.
There is a website AAH "All About Horsham" and through that I was able to trace an article about Beedingwood, where the nurses lived, also St Leonard's Forest which was to the south.
It gave a comprehensive history of the establishment of the place in 1943, it closed in 1981.As well as occupational therapy in what had been the old stables, we were also encouraged to help in the garden, the women were given jobs like pricking out seedlings into trays, for growing on and transplanting, the men worked in the walled kitchen gardens. A considerable amount was grown for the hospitals own use, and another up at Redhill.

Sun Feb 17th 2019, at 11:25 am
jaysweepe commented:
Also remember a guy with glasses who was very humourous and took me out of myself with his fun. Also a young women I like with large pop-out eyes. And a younger person who worked in Clarks shoe retail and suggested I get a job thee (career).
The, rather formal, dances were a bit odd but quite enjoyable when we got together to socialize a bit. An unusual time of my young adulthood, and new to life outside the orphanages in which I grew up in (aged 2 years to age 21).
Add your comment
Report abuse
Sun Feb 17th 2019, at 11:16 am
jaysweepe commented:
Was a six-weeks patient in summer of 1966, the world football cup year in which England won. Summer and all round joy but a bit sad for me. Dr Aminoff my great helper (mentor in a way). Great building and gardens set in countryside. Art workshops and had a helpful art teacher (female). Shame Thatcher's policies closed down the establishment as it did a good and necessary service for individuals and so communities. A crowd of patients watched the match at the local village pub. I kept in the building and rose garden.
Add your comment
Report abuse
Wed Dec 20th 2017, at 4:29 pm
shears.teresa commented:
My mum was a patient there in 1961 I wonder if anyone would know of her ? Her name was Elsie Venables I wonder if anyone remember her or was a staff member at the time? 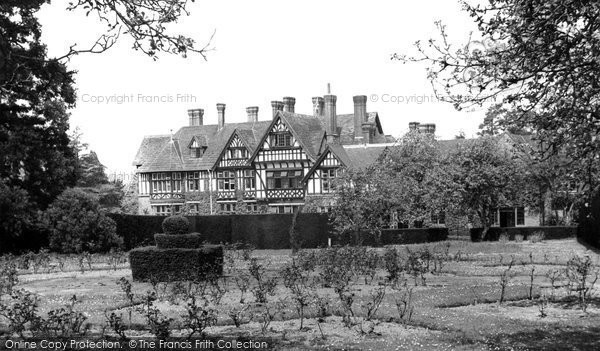