Sunday Football - a Memory of Lewisham.

Although l tended to spend most of my free days playing at near by Hilly Fields, it being nearer to my home, l do have a few memories of playing at the Wreak, that's the name, we as kids knew it by. As a pupil at Lewisham Bridge Primary School, we used it for sports. After leaving school, mostly during the mid 1960s, a number of us, including 2 of my brothers, friends and mates, from my street mostly, after Sunday lunch would walk along Algernon Road to the Wreak for a game of football. There could be a many as a dozen or more, depending on who was available, and the weather.
Despite the changing rooms not being open, we still got ready, used bags for goal posts, picked 2 teams, and enjoyed ourselves for a couple of hours. We used nearly all of the area just inside the park. Rules, not many used, but who cared, it was just a friendly kick about. Sometimes a couple of blokes wanting a game would join in, until sometimes there could be as many as 20 playing.
Someone suggested forming a football team, which they did, called St. Johns, they joined a local league and played for a couple of seasons, and some of them got a runners-up medal in a cup final.
Although l just walk through or past Ladywell playing fields these days, l still remember those Sunday afternoon kickabouts with my brothers and all my friends. Days gone, but not forgotten. 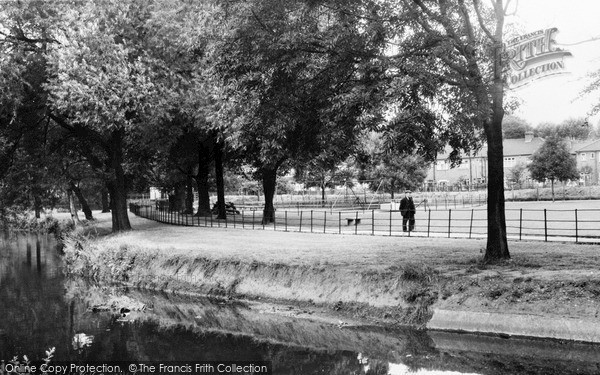