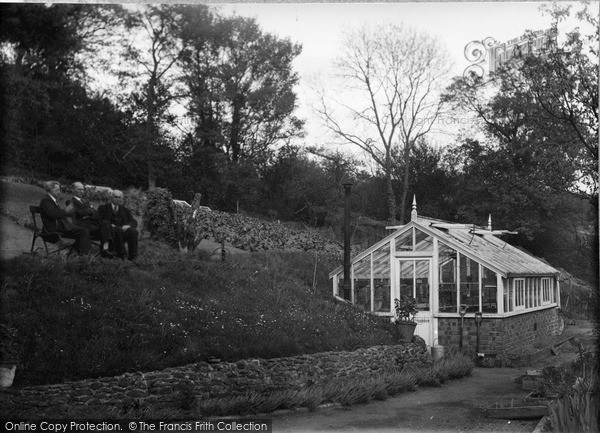 This is the 64th of 99 Limpsfield photos.

Buy "Limpsfield, Caxton Convalescent Home, The Garden 1947" available as a print on its own along with framed and canvas options.

A Chauffeur Working In Limpsfield

My Great-uncle, Bertie (or Robert) Jarrett, was born in Oxfordshire in 1887 and lived in Limpsfield from the 1920s until his death in 1975. After serving in the Cavalry in the First World War, he became chauffeur to Sir Leslie Scott MP (Solicitor General in 1922), and later to Sir Benjamin Cohen KC. (...Read full memory)

In the photo forground is a Morris Minor which my mother bought for my sister and me to lern to drive in, we allways parked it under the old wooden street lamp as we lived in White Hart Cottage just a little lower down on the other side of the street, which had no parking. The was Bings garage opposite just out of this (...Read full memory)

That's 60 years ago so my memories are not very clear and would be less so if I had not met, more or less by chance some 30 years ago here in Canada, a fellow student. We have been close friends ever since and delight in telling how we discovered our shared roots. My sister and I attended while my father (...Read full memory)