An Idyllic Childhood In New Haw - a Memory of New Haw.

I wanted to add my own memories of growing up in New Haw from 1965 until moving again in 1973.

The family moved from Richmond (then in Middlesex) to 187 New Haw Road, a detached 3-bedroom house with 1/3 acre of overgrown orchard and backing onto Bentley's Farm. Dad (Peter) worked in London and commuted daily from Byfleet & New Haw station. Mum (Jeanne) was initially a housewife, but also completed Teacher Training college, and had a part-time job delivering cars for Tony Brookes' dealership. I attended New Haw County Primary school from 1966-71 and then Fullbrook Secondary for 1st & 2nd forms before leaving partway through in 1973.

There were five kids, Joanna (Jo), William (Bill), Catherine (Cathy, and later universally known as Polly), me, and the youngest Richard (Dickie).

After the small courtyard we had at the terraced house in Richmond, our new garden seemed enormous and contained a large greenhouse, apple and plum trees, and an old Horse Chestnut (conker) tree that was big enough for us to build an impressive tree house and conker store that was the envy of many local children. Dad also rebuilt the garage, and moved the old wooden shed into the garden as a playhouse. A drainage ditch separated the garden from Bentley's farm and each spring brought the joys of collecting frog's spawn for the school nature table. I remember some flooding in circa 1996 that swamped the orchard up to (my) thigh height but I can't remember how extensive the flooding was elsewhere. Every Guy Fawke's night we would invite friends and family over for a big bonfire with a home fireworks display that was always set off by Dad and closely following the then new "Fireworks Code". Away from the garden, we played in the corn fields of manor farm, sand hills by the flooded sand pit and sewerage works near Weybridge station, and even sneaked onto the old Brooklands motor racetrack to ride our bikes down the banked corners. If feeling brave, we would push our faces against the fence of the aircraft works to watch them testing the Olympus gas turbine engines for the yet-to-fly Concorde. Mum & Dad spent many months of weekends one summer restoring an old 1920's open-top river launch that, when completed, we kept halfway between the New Haw Lock and the junction with the Basingstoke canal. I vividly remember long hot Sundays pottering along to Pyrford or Godalming and usually stopping for 'refreshments' at the various pubs along the route that had beer gardens so we kids (and usually several other family's too) could run amok while the adults got progressively louder as the beers flowed. Mum & Dad were also part of the Optimists Drama Group which was well regarded at the time and put on at least two plays and a much-anticipated Pantomime every Christmas. The "Oppies" was based out of the community hall behind the church opposite the school and each summer a fund-raising fete was opened by a press-ganged TV actor/actress arranged by one of the group that had contacts at the BBC.

I used to walk to primary school regardless of the weather and on a cold day, I still get flashbacks of numb feet in oversized wellies during the winter months. The school was run by the much respected Mr (Victor) Munnings and a staff of teachers that were products of their time including 'trendy' young teachers and experienced old hands. The school janitor (Mr Johnstone) was a grey-haired, thickset old cockney, and any misbehaviour was quickly addressed by a tweak of the ear, or a threat to be carted off to see "Mista Munnins". The school built an open-air swimming pool in around 1969 and even though it was 'heated' it never seemed like it at the time. During its construction a small band of miscreants (including me) played on the building site and somehow managed to push over the fence that was supposed to keep us out. This act of brazen vandalism was dealt with by a line of 5 boys bent over outside Mr Munning's office and receiving six-of-the-best from a size 10 plimsoll he kept in his drawer.

I remember the little cluster of shops including a butcher (Mr Walker), news agent (Mr Barman), Wavy Line grocery, off-license, and an Italian barbers (Pinos?) where my elder brother had his ear accidentally 'trimmed' by a nervous apprentice. It drew blood, and my brother henceforth received free haircuts until he left home to join the Merchant Navy. Mr Walker the butcher was a kindly man and would always give us a few rabbit's feet for good luck. Little did he know that we actually used them to scare the girls at school by pulling the exposed tendons and making a rabbit claw and scratching them.

One of my most treasured memories was spending time loitering around Jack Brabham's motor racing team workshop that was set back about 150 yards from the back of the White Horse pub on the banks of the canal. My friends and I would look through the workshop doors to see them building the F1 World championship winning cars and talk to (and probably annoy) the engineers as they worked. One day, when it was quiet, we were allowed to sit in the car's cockpit and rev the incredibly loud engines. The workshops had a waste skip outside the gate, and we used to rifle through it for anything 'useful' for our go-carts that we built at home and which comprised a few planks of wood, lots of nails, string (for steering), and some wheels salvaged from one of the numerous prams that were often dumped in the canal. One lucky find in the skip enabled us to be the only go-cart around with a genuine racing car seat and 5-point harness. It didn't matter that the seat was cracked and the harness split - we were kings of the road! The other benefit of befriending the workshop engineers was the ability to meet the drivers of the day and I still have my autograph book bearing the signatures of Jack Brabham, Denny Hulme, Jochen Rindt, Jack Ickx, and suave young Englishman called Graham Hill.

I hope this little trip down memory lane has been as much fun to read as it was to write. I now live in Australia and my 19-year old daughter has heard these stories dozens of time, but it just goes the impact that my childhood in New Haw has had on me. 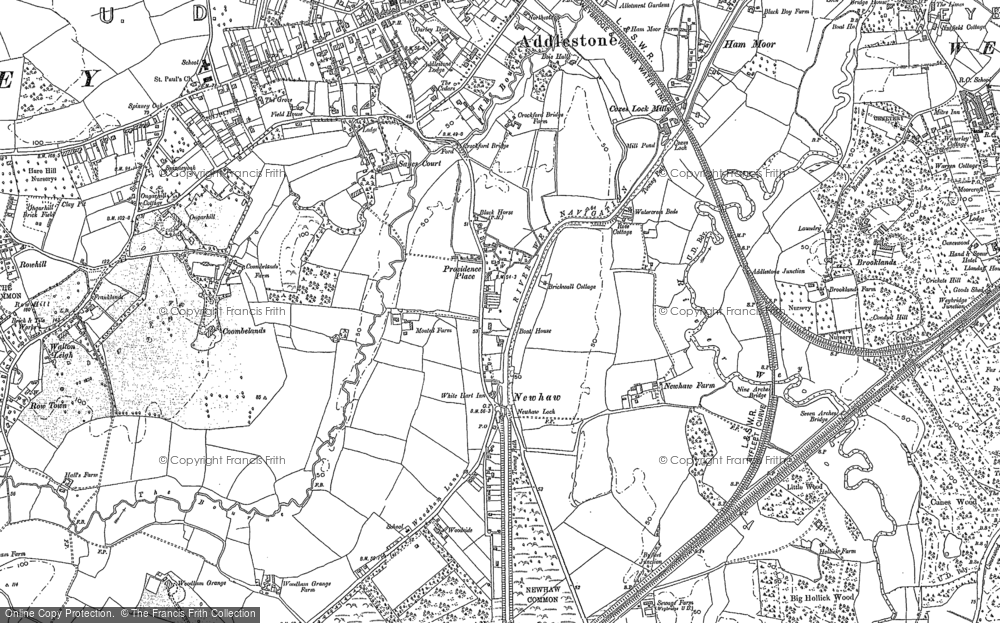