The history of Oxford and specially selected photographs

At the very heart of the county of Oxfordshire lies one of Britain's most beautiful cities. Likened by Thomas Hardy's Jude to 'the heavenly Jerusalem', Oxford's history, beauty and tradition are admired in every corner of the land. As a city it ranks in importance alongside Rome, Athens and Paris, and even when its scholars have left to make their mark in their world, they return again and again to embrace that curiously indefinable 'spirit of Oxford'. In order to see everything that this city has to offer, the visitor, too, would surely have to return again and again - and even when he thinks he has seen every landmark and photographed every tourist attraction, there is always something new and unexpected to stumble upon. A visit to Oxford, 'that sweet city with her dreaming spires', is certain to be a memorable experience.

From the top of Oxford's highest buildings you begin to realise that Oxford, like Florence, another of the world's most beautiful cities, lies at the bottom of a shallow bowl encircled by gentle, protective hills. But why bother with distant vistas when this noble city stretches out below you, its numerous riches waiting to be discovered, photographed and admired?

Oxford has a golden heart - a compact area of less than half a square mile in which the visitor will find a hugely varied assortment of ancient buildings, monuments and treasured landmarks which sit cheek by jowl with houses, shops and offices. In recent years millions of pounds have been spent on the city, restoring and cleaning the stonework of the colleges and university buildings, which had become grimy and black with the inevitable passage of time. Some were even in danger of disintegrating. The utmost care was taken in preserving them; today this great seat of learning, designed by distinguished architects such as Christopher Wren and Nicholas Hawksmoor, looks as good as it did when they helped to create it.

Originally known as Oxnaforda, Oxford was a settlement of some importance long before the University came into being. It began with the foundation of St Frideswide's nunnery in the 8th century. It is first mentioned by name in the Anglo-Saxon Chronicle of 912, which records that King Edward the Elder had made it a fortified frontier position in his defence of Wessex when it was feared that the Danes might attack from the north. The settlement grew, and after the Norman Conquest of 1066, King William appointed his comrade in arms, Robert d'Oilly, to be Oxford's governor. However, it was at the end of the 12th century, when Henry II prevented English clerks from attending the University of Paris, that scholars looked upon Oxford, by now one of the nine most important towns in England, as somewhere suitable to continue their studies. The first group may have been joined by others from Paris, as well as some from other parts of Britain.

Oxford University does not exist as such. Each college is virtually autonomous, with its own rules and administration. It is the world-famous landmarks that form the real core of the University - the Radcliffe Camera, the Sheldonian Theatre, the Divinity School and the Bodleian Library among them. A stroll through the heart of Oxford illustrates the contrast between the quiet dignity of the colleges and these older foundations and the noise and bustle of the city streets.

Oxford has grown and evolved as a place of learning and a sumptuous treasure-house of medieval architecture thanks to the benevolence and generosity of some of the most powerful and influential figures of the day. William Morris, otherwise known as Viscount Nuffield, Bishop John Fell and Joseph Williamson, Secretary of State, were among them. In 1249, William of Durham left 310 marks to help support masters of arts studying theology, and in 1280 the University used what money was left to found University College, which now occupies a site in High Street, or the High as it is better known.

Two other colleges were founded prior to University College. During the second half of the 13th century, John Balliol founded the college which bears his name in Broad Street, and around the same time Walter de Merton, bishop and statesman, founded Merton College, famous for its cobbled roadway. Worcester College also dates from the 13th century.

The trend for founding new colleges continued throughout the 14th and 15th centuries. By this time there was growing conflict in Oxford between 'town and gown' as charters bestowed upon the city from successive monarchs conveyed privileges to the University, which aggravated the city merchants. It was not until 1525 that Oxford could boast its finest and perhaps most famous college, Christ Church. Its great hall and magnificent art collection are an important part of any visitor's itinerary. The college chapel is the Cathedral Church of the Oxford Diocese.

Oxford includes five women's colleges which date from the end of the 19th century, and among the most modern colleges are St Catherine's and Wolfson, both founded during the post-war years.There are also several postgraduate colleges.

A stroll through Oxford's streets also reveals much about the city's role in the English Civil War. Oxford was the Royalist headquarters as well as the seat of Charles I's parliament. It was in St Giles that the King drilled his men, while the nearby Martyrs' Memorial, designed by Sir Gilbert Scott, recalls the burning at the stake of the Protestant martyrs Ridley, Latimer and Cranmer during the 16th century.

Oxford's rivers are an intrinsic part of the city's beauty and character. Folly Bridge provides memorable views of the Thames below and glimpses of the city beyond. The castellated Victorian house by the bridge survives as one of Oxford's best-known landmarks. The Thames and the Cherwell, pronounced 'Charwell', unite near here, with tree-shaded paths and sleepy backwaters offering delightful vistas across lush meadows to the honey-coloured stone of the college buildings.

Christ Church Meadow is especially popular with visitors and local residents; and nearby Port Meadow, renowned for its vast expanse of open grazing land, has not changed since William the Conqueror presented it to the burgesses of Oxford as a free common. These damp meadows with their lush pastures attracted West Saxon farmers, and by the 5th century they had started to ford the Thames at nearby Hinksey. The Oxford stretch of Britain's greatest river comes to life during Eights Week in May, one of the city's brightest and most colourful occasions. Rowing boats and punts are available for hire at Folly Bridge, and here, too, there are river cruises downstream.

During the 20th century Oxford, like many towns and cities across the country, witnessed sweeping changes. The age of the motor car had been ushered in, and in 1913 William Morris built his first motorised vehicle in a workshop at Cowley. By the late 1930s the car industry had made an enormous impact on Oxford, with new housing estates built to accommodate the thousands of people who worked at the plant.

There have been many other changes over the years, but in the 21st century, Oxford still retains its elegance and grace. It remains a place of infinite beauty, beloved of dons and scholars, tourists and city dwellers. Above all, Oxford is synonymous with man's cultural heritage. 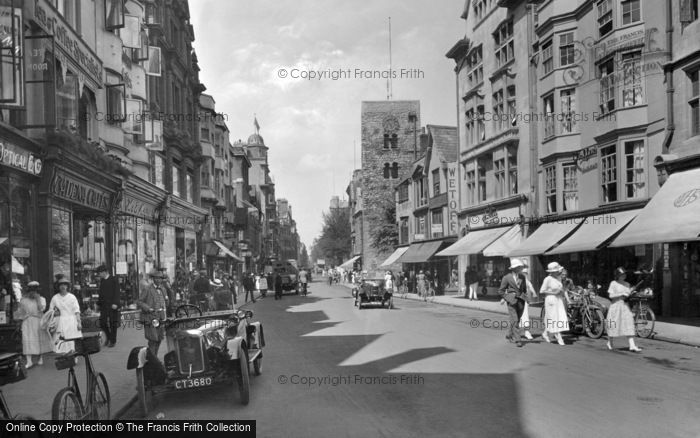 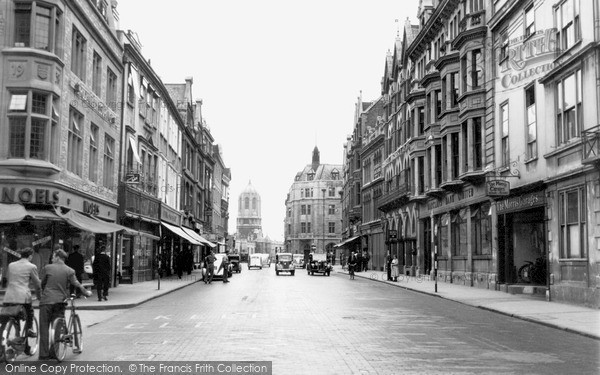 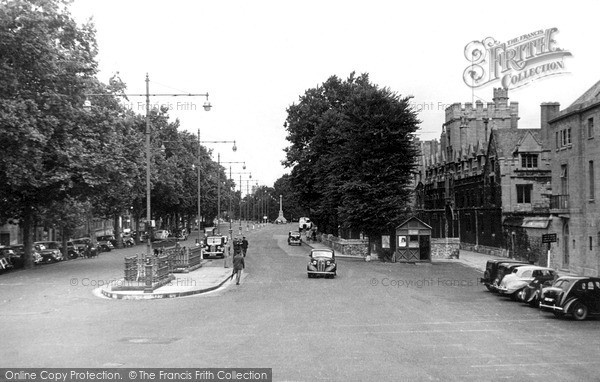 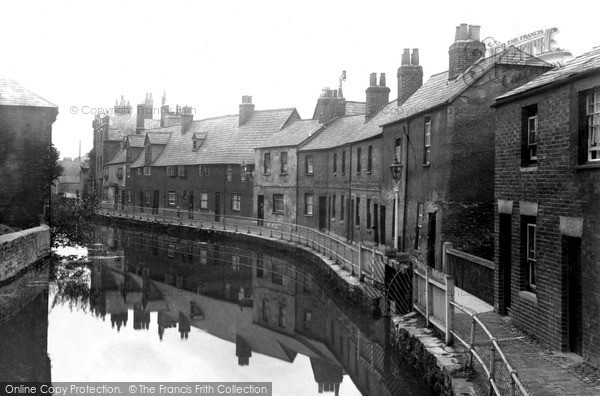 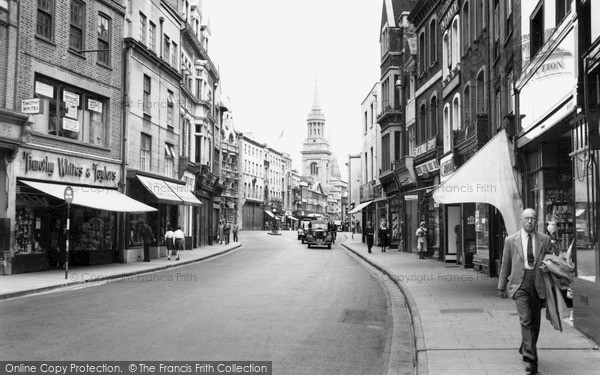 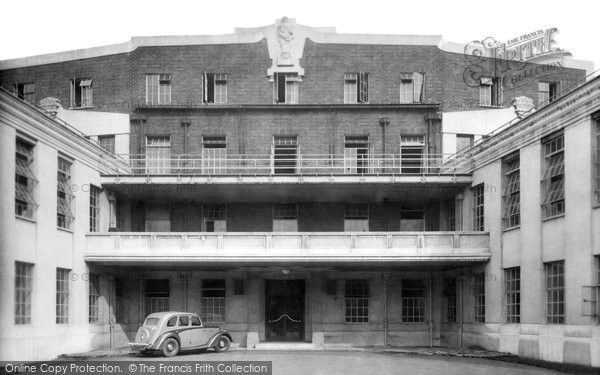