War Time In Shirley - a Memory of Shirley.

I was born in Croydon in 1936, and lived In West Way Shirley. My Mother, could not bear to part with us, so, we lived at home all through the war. A bomb was dropped into the garden next door, after six months it was discovered, it had not "gone off!" We were moved up the street, while the Army defuised it. We were told it was ment to be dropped on the docks., The whole garden, was one big hole, I can remember leaning down to look, in my "Chad Valley" coat, leggings! We had lived all that time,without knowing, the "hole"had been filled in! I'm so glad to see the libary still there. I went to Benson school, at the top of West Way, my brother & I used to walk up the middle of the street, dareing a car to appear it usually didn't! My brother went to Stanley tec, I went to "Ashberton secondary moden,"after the war, Teachers were in short supply, I longed to have a lesson in the brand new, cookery rooms, but, sadly, did'nt. Many happy memorys, of Shirley
,, I married at 20, the reception at home at No 46, then I had to learn to cook!, Heather Tilbury (Sargent)

A memory shared by heather on Mar 9th, 2017.
Send heather a message. 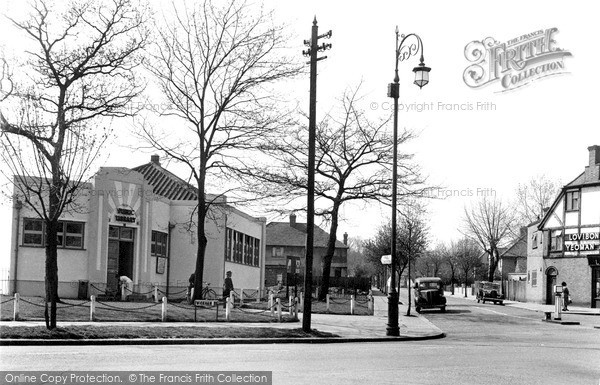