The history of Sunderland and specially selected photographs

Sunderland on the River Wear has a long cultural history along with its industrial heritage.

Historically a part of County Durham, there were three original settlements on the site of modern-day Sunderland.

On the north side of the river, Monkwearmouth was settled in AD 674 when Benedict Biscop founded the monastery of St Peter’s, Monkwearmouth, on land given by Egfrid, King of Northumbria. The monastery was so successful that in AD 682 the king gave Benedict more land in Jarrow and urged him to build a second monastery. Benedict subsequently erected a sister foundation, St Paul’s, at Jarrow, and the twin-foundations became the Abbey Church of Saint Peter and Saint Paul, Monkwearmouth–Jarrow. One of its most famous monks was the great Anglo-Saxon scholar known to history as the Venerable Bede (AD 673-735), who left the Monkwearmouth monastery whilst still a young man to help start the foundation at Jarrow. It was there that Bede wrote his most famous work, ‘The Ecclesiastical History of the English People’, the first history of England. Bede was also responsible for devising the AD and BC dating system, for dates before and after the birth of Christ.

Opposite the Monkwearmouth monastery on the south bank of the River Wear was the second settlement, Bishopwearmouth, which was founded in AD 930.

The third settlement was a small fishing village called Sunderland, which was located toward the mouth of the river. Sunderland was granted a charter in 1179 and over the centuries this settlement grew into an important port, particularly trading coal and salt. Ships began to be built on the river in the 14th century, and Sunderland was a prosperous industrial and trading town by 1500. By the 19th century, the port of Sunderland had grown to absorb Bishopwearmouth and Monkwearmouth.

Sunderland grew spectacularly in the 18th and 19th centuries. The vast amount of coal mined on Wearside needed ships to transport it, and so Sunderland became an important shipbuilding town. Sadly, 650 years of shipbuilding on the Wear came to an end with the closure of North East Shipbuilder’s Southwick yard in 1989.

Photograph S263508 in the Sunderland selection on The Francis Frith Collection website, taken c1900, is a reminder of what Sunderland and its shipbuilding industry used to be like, with ships being fitted out on both sides of the river. Almost hidden in the centre background is one of the tugs belonging to Lambton Collieries and identified by its funnel colours of black with three red horizontal stripes. Around the time the picture was taken, Lambton Collieries were sending between three and four million tonnes of coal a year to the Wear for shipment.

Also of interest in the Sunderland images on The Francis Frith Collection website is photograph S263003, which shows a tram rattling across the old road bridge over the river, bound for Grangetown; the 236ft single span cast iron bridge was designed by Thomas Paine (1717-1809), author of 'The Rights of Man'. Built between 1793 and 1796, it was an engineering masterpiece. It was replaced by a new Wearmouth Bridge in 1929. Just beyond the road bridge in this view is the North Eastern Railway's Bridge over the Wear. 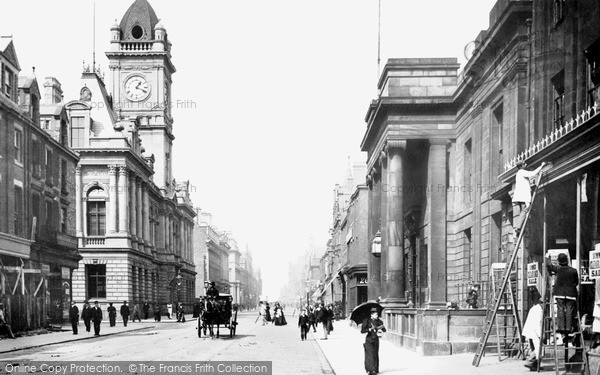 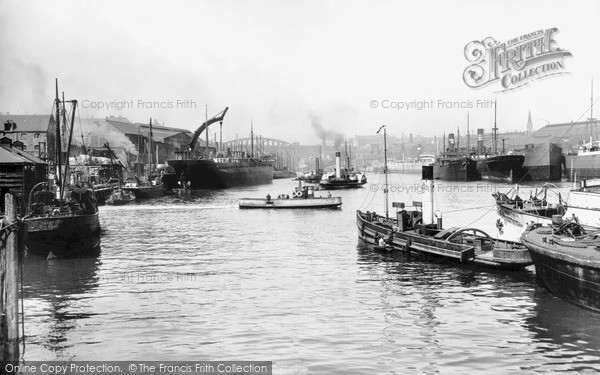 Sunderland, Shipyards on the Wear c1900 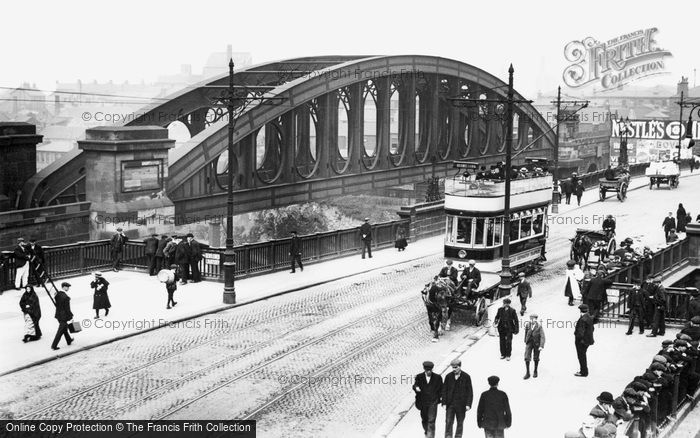 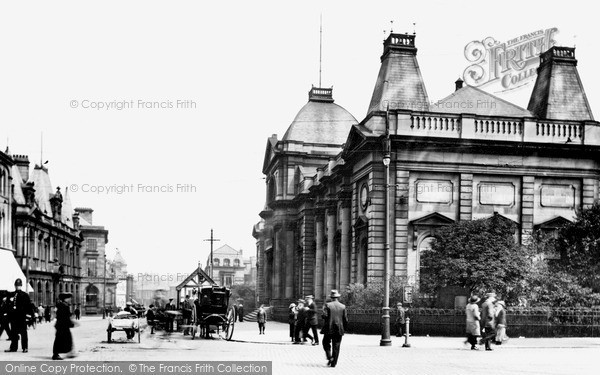 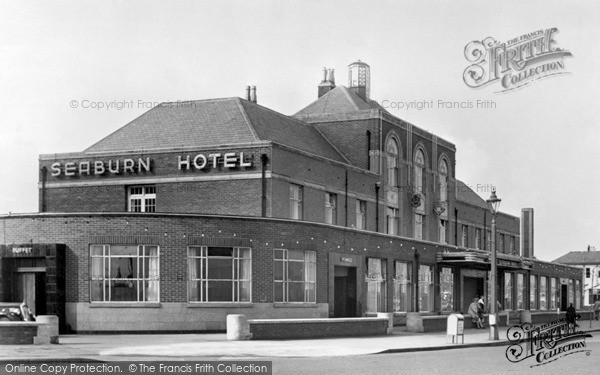 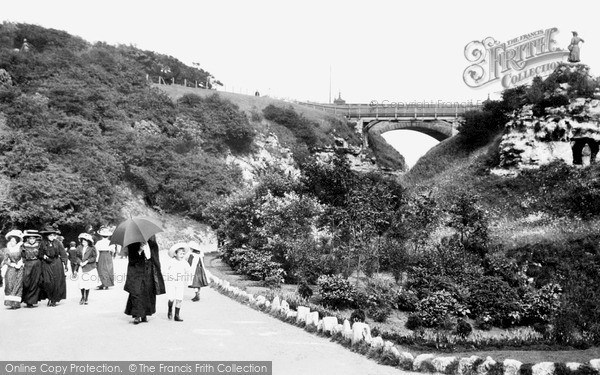