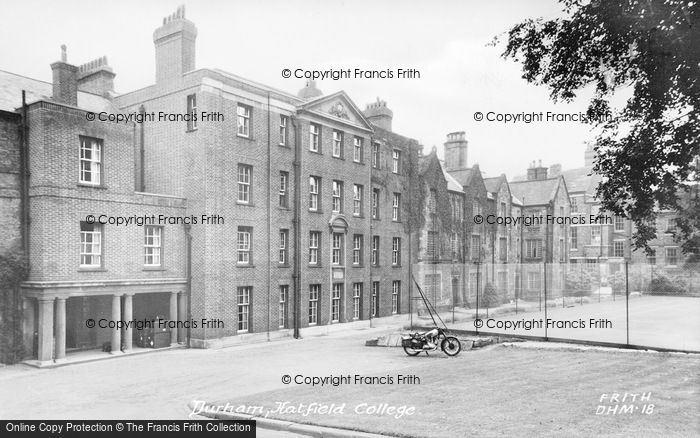 This photograph of 1929 is of special interest to me because of the long, white building in the top left-hand corner of the image. This was the temporary chapel at the College and served in that capacity from 1925 until the building of the present permanent chapel in 1939. It had been a gift from the (...Read full memory)

I was at this school from 1949-57, when I lived in Longacres. I seem to remember a bronze plaque on the hall wall stating that it had been built in 1908. It had evidently been built as a temporary structure, but had managed to last until the early '80s. (I visited it in 1981, I think, when it was closed awaiting demolition, the (...Read full memory)

My Grandparents ran a boarding house at 51 Old Elvet opposite the Shire Hall I was born in 1943 my Father actually went to Durham school where he represented the school in Both Football and Rugby I have tremendous memories of Durham City and playing down near the baths at the end of the venal and up to the old Racecourse My (...Read full memory)

Memories From My Younger Years In Durham City

I was born in Hallgarth Street in 1935 and christened in St. Oswalds Church along with my older sister Dorothy and all the Fox's. dads family were eight children all living in Hallgarth Street, Whinney Hill, New Elvet. James Henry Fox, Dads oldest brother I didn't meet. He died at the Somme on 1st (...Read full memory)

Share it:
Back to Durham
Back to all Durham Photos