The Bed Bug Weathervane! - a Memory of Kingsclere.

St Mary’s Church at Kingsclere, north west of Basingstoke, is famous for a most unusual decoration, a weather-vane in the shape of a bed-bug, seen on the left hand side of the tower in this view. It is a very tasteful bed-bug, with six little crosses for legs, and another for its tail, but a bed-bug it definitely is. The story goes that back in the early 13th century King John was hunting in the area. A thick fog prevented him returning to his hunting lodge on Cottington Hill and he had to spend the night at the local inn in Kingsclere, where his rest was much disturbed by the depredations of bed-bugs on the royal person. King John was so annoyed by his disturbed night that he commanded an effigy of a bed-bug be erected on the church tower, and a depiction of the insect remains there to this day. 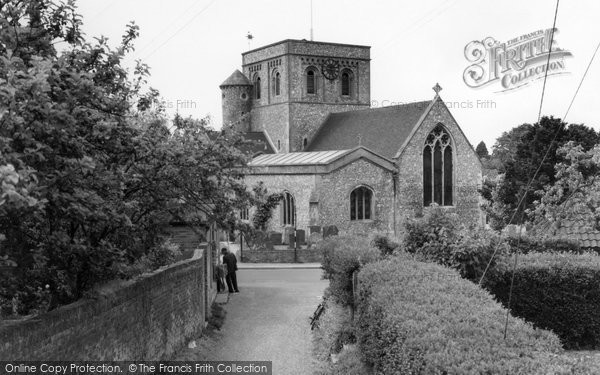