Paper Boy - a Memory of Wormhill.

I was a 16 year old boy and lived with my family on a hillside opposite Tunstead quarry known as The Lees. Every Sunday morning I would pick up the papers (News of the World , People etc) on my bicycle from the post office in Peak Dale, sort them out into household lots and then ride the path through to the bottom of Wormhill and deliver them to the individual houses and farms finishing at a Mansion type house with a High stone wall around it at the very top of the village. Walking through the farmyards and fields sometimes had its dangers and I was chased more than once by the odd Bull, scattering the papers in the mud and having to explain to the next household why the headlines were unreadable. Sometimes in winter I would have to walk it as the snow was too deep to ride my bike through.
I have many fond memories of the area. At first we lived in Peak Dale and I went to Kents Baank school in Buxton. Sometimes we could not attend as the buses could not get up the "Monkey Hill" because of snow and ice on the road. After living in Meadow Ave (No 38 I think) we later moved to The Lees, halfway between the two villages, into one of the only two houses on the hillside. By then I was being schooled at Stockport Tech and cycled every day to Peak Forest station to catch the 8-15am Manchester express, and arriving back on the "Ferodo" workers train from Chapel-en-le-Frith at 6-15pm. My father was an electrician for ICI at Tunstead quarry. Soon after he was killed in a works accident, my mother decided to move back to Stockport where we had originally come from 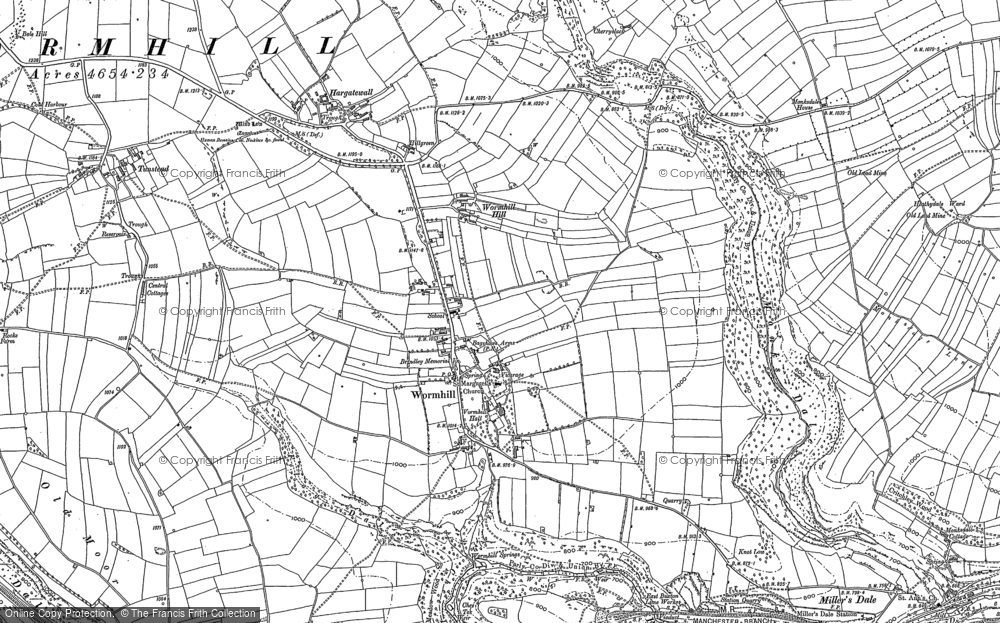