Evacuation - a Memory of Yarm.

On Friday two days before the Second World War broke out on the 3rd of September 1939 I was evacuated to Yarm. I was six years old and along with my sister Doreen and cousin Audrey we, with nearly all of the pupils at our school, (Alexandra Road in Gateshead) walked down to Bensham station and boarded a special train to Yarm. On arrival we all paraded in the town centre square to find out who we were to be looked after by, presumably until the end of the war. Me, my sister, and cousin were picked up and taken to a house not far away. I recall there was a tennis court in the garden but in a state of neglect. There was an apple tree also, to my delight. Next door was a butcher's shop and to my surprise a lad from our street (Leopold Street), Teddy Gladstone, was sitting on a high wall and shouted down "Giz an apple kidda" which I duly obliged. The good people in this house had a budgie which I let out of the cage but it didn't escape entirely. At bedtime I was sleeping next to this very heavy lady with my sister at the other side. I wet the bed and soaked this good lady. This led to us being given a free transfer the next day. We walked a short distance to another house where I remember seeing a young girl of about two years old with a mass of curly hair. On Monday we all went to the school which was adjacent to the River Dee (?). At the school dinner hall I was rapped over my knuckles by a very strict headmistress from the girls' section of our school back in Gateshead for using my knife and fork the wrong way. This was the last I can remember about the evacuation until the following day when my mother came with several others to pick us up and take us home. The bus was full of mothers and youngsters all singing "We are gannin back to bonny ould Gateshead four days after we set off from Bensham station".
I visited Yarm in 2007 but there was nothing apart from the square to remind me of the events all those years ago. A lot of the old houses appear to have been demolished and the school we attended for one day is no more. I, with my wife, called to the local library but there was very little information about the events in 1939. If that young girl from the second house we went to reads this article I hope she can contact me or indeed anyone else. It would be nice to meet people from Yarm who might be able to elaborate more about the events in the early stages of the second world war.
Les May, email: Lsmy59@aol.com

Tue Sep 25th 2018, at 2:34 pm
Christine Whittaker commented:
It would be beneficial to be able to see and edit comments before adding them mistakes and all.
C.W.W.
Add your comment
Report abuse
Tue Sep 25th 2018, at 2:27 pm
Christine Whittaker commented:
Interesting comments from Les May. The river in question is the Tees which forms a loop around Yarm-on-Tees. The high street is now highly rated with many Georgian buildings, up -market shops. Many generations of my father's maternal family were from Hutton Rudby, near Stokesley but several Honeyman offspring moved to the market town of Yarm. My great grandmother lived at #1, Bridge Street with her 2nd husband. She was then Mrs Wood This cottage is now combined with #3 and I have met the pleasant owners who did the conversion. The cottage garden literally backs onto the river bank next to the ancient bridge which defined the border between Yorkshire and County Durham- the lamp post in the middle market the spot. Although Great Gran's garden was so close to the river she claimed that her home never flooded when the rest of the town was several feet under water.
During W.W.1 my grandmother Emma moved in with her mother and step-father, bringing her little son( my father) as my grandfather was serving in the Orkneys. Two more sons were born in Yarm and my father frequently ran away from the little school to hide in the town and back gardens.
My own memories of the town are of the 1950's and 60's when it reeked from the huge tannery which stood in the area where the supermarket now stands. The effluent discharged into the Tees was appalling and killed all the fish and once abundant salmon. I believe it is a clean river now. Strange to think that it was once a port with access to the North Sea before Middlesbrough appeared on the scene in the 19th century.
I visited Yarm as a teenager due to links between youth clubs and I was friendly with a girl who lived at the Cross Keys pub on High Street. Sadly, I have forgotten her name. The building is no longer a pub and many others have disappeared too. Yarm was once famous fo the number of drinking establishments it once had but the purpose of the town is residential rather than market town with livestock marts the traditional pubs were not required.
Since leaving the area in 1969, I have been back in more recent times when doing the family history trail so beloved of retirees. I know that distant relatives still live there but I have never met them. A split occurred during W.W.1 when my grandmother and her brother Tom Whitehead had a major disagreement and I believe they never spoke again and my widowed grandmother left the town with her 2 surviving sons.
Despite the loss of a handy railway station on what was the Durham side of the Tees, Yarm has become a much more attractive little town over the last half century.
Christine Webber Whittaker.2018.
Add your comment
Report abuse 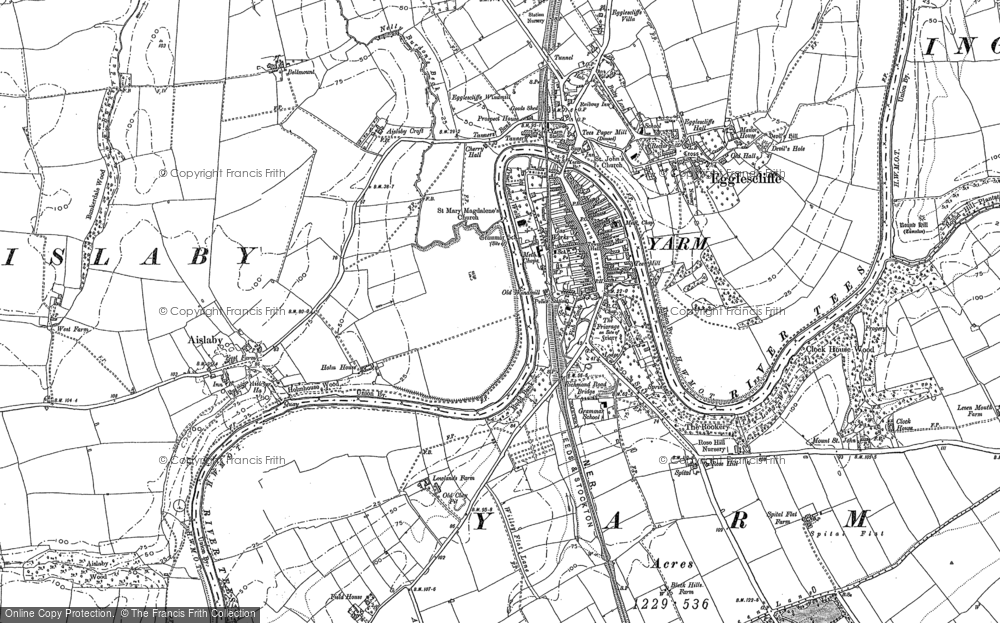